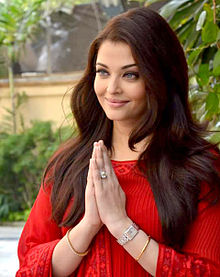 Bollywood actress Aishwarya Rai Bachchan, who missed the first of her two scheduled appearances at the 67th Cannes International Film Festival due to an air traffic controllers’ strike in France, will now take to the red carpet at the gala May 20.

She will walk the red carpet for the premiere of the film “Deux Jours, Une Nuit” by Jean Pierre and Luc Dardenne, confirmed an official statement from global cosmetics brand L’Oréal Paris, which the actress represents at the gala.

She will be sporting looks inspired by the L’Or Lumière theme for L’Oréal Paris.

Aishwarya was slated to make an appearance Friday. However, her flight from London to Nice was delayed.

Manashi Guha, general manager, L’Oréal Paris India, said: “We’re happy to announce the new dates for Aishwarya’s appearances at Cannes. While the flight delay was unexpected, we ensured that an alternative date was arranged for her, so that she can proudly represent the L’Oréal Paris and India at the festival.”

Earlier Saturday, the former beauty queen’s official spokesperson had posted on Twitter: “Today Aishwarya will be shooting an ad and doing media interactions. On the red carpet on (May) 20, 21 and AMFAR on (May) 22.”

Aishwarya has been attending the Festival de Cannes on behalf of the brand for 13 years now. This year, Cannes is also playing host to amfAR’s Cinema Against AIDS fundraiser, which Aishwarya will be part of.

Meanwhile, back home, filmmaker Sanjay Gupta has announced that Aishwarya will be making her comeback with his film “Jazbaa”.