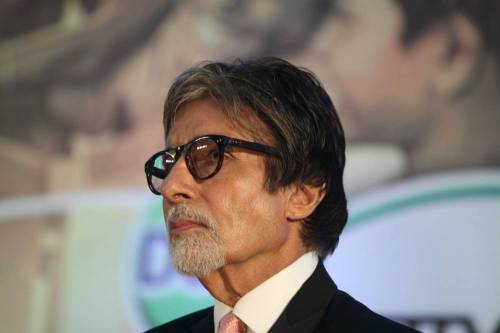 Megastar Amitabh Bachchan says he is “proud” to be part of the film fraternity, which acts as an integrator.

“Cinema in today’s times is perhaps the only integrator left, in this fast disintegrating world … Proud to be in its fraternity,” the 71-year-old tweeted Sunday.

A star, who rose on the film firmament during the 1970s, has so far retained his charm and his fan following is growing even today. If he was known for big hits like “Deewar”, “Zanjeer”, and “Don” during his prime, in the past over a decade he showed his versatility with films like “Baghban”, “Sarkar”, “Bunty Aur Babli” and “Paa”.

He will turn 72 Oct 11 and his kitty is full with assignments — he has Vidhu Vinod Chopra-produced film in hand and he recently wrapped up filming for R. Balakrishnan aka Balki’s “Shamitabh”.