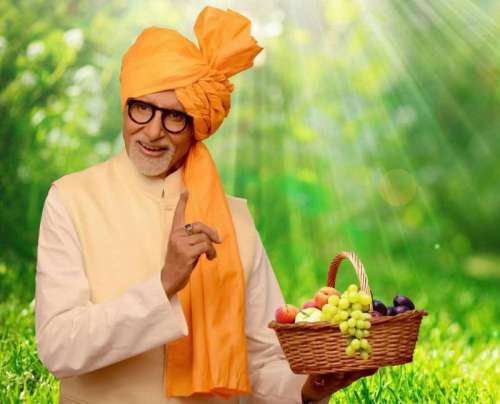 Megastar Amitabh Bachchan, who turned 72 birthday , feels there’s no gift greater than spending time with family. The actor, who feels “luckiest today”, has thanked all those who have been in his life through happiness but also in “loneliness”.

“To them that wish for me for my 72nd moving into 73rd…I have just few words…I am blessed to have you with me still! Thank you all for your affectionate greetings and love..they shall ever remain with me…I feel today the luckiest,” he tweeted early .

On the special day, the veteran, currently seen as the host of TV game show “Kaun Banega Crorepati”, also expressed his love towards his friends, fans and family, on his blog srbachchan.tumblr.com.

“The hour has passed and the greetings have poured in and the family has been with me and that is the greatest gift, if gifts were to be any judge of affection,” he posted.

“It is that time of life when the next year in celebration of the birth is never one that needs celebration….I have none answer to the why, but so it is…I do not feel any different from this and never shall,” added the entertainer, who has been part of the Indian showbiz for over four decades now.

He rose to stardom in the 1970s with hits like “Zanjeer”, “Sholay” and “Deewar” — movies that also gave him the tag of angry young man. His career and health saw a decline after an accident during the shooting of “Coolie” in 1982, but he didn’t lose faith, and believed in himself.

Big B, as he is popularly called, is one of Hindi cinema’s most globally reverred stars. He has thanked his fans who made him what he is today.

“…it is not a day to contemplate…it is a time to deliver thanks and gratefulness to all those that have been responsible for my 72 in completion and my 73 to begin,” posted Big B.

“There is a numbness in all that we do now..as opposed to the gaiety and laughter and excitement of the earlier years…I have always wondered why…but it there and it shall remain I presume for the days left in my life,” he added.