Uma Ramasubramanian talks to super star Akshay Kumar and his new movie ‘Holiday’ for Asian Lite, the NRI newspaper for the South Asian diaspora. The star says Holiday is not a typical Akshay Kumar film

No one can fault Akshay Kumar’s dare-devilry on screen, but Bollywood’s action titan insists his forthcoming film “Holiday – A Soldier Is Never Off Duty” shouldn’t be confused with a typical action-drama. He says the film’s topic, which focuses on terrorism and sleeper cells, as well as real stunts sets it apart. 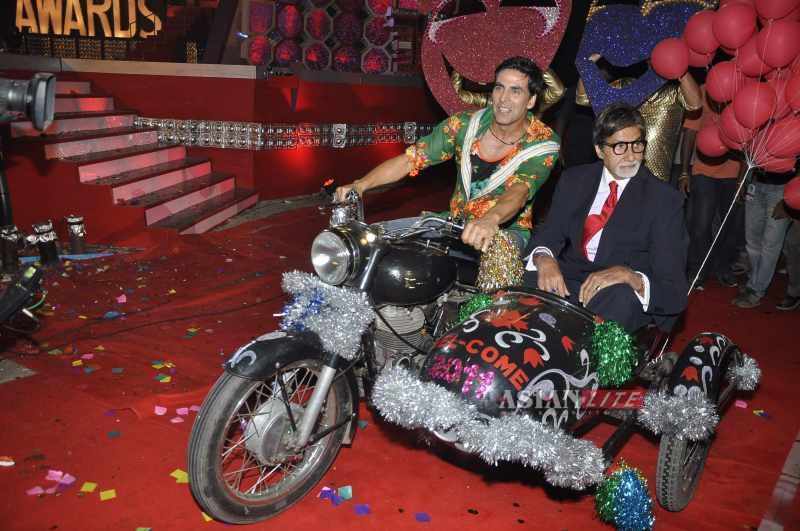 “‘Holiday’ is an amazing film on what terrorism is all about and how the army tries to capture the sleeper cells,” Akshay, who has teamed up with Sonakshi Sinha for the fifth time in the movie, told IANS in an interview.
Interestingly, director A.R. Murugadoss is helming it, and it is a known fact that nobody makes actioners like him.
“It is not a typical Akshay Kumar film where I am doing fun and comedy all the time. Yes, there is a little bit of comic element in ‘Holiday’, but otherwise it’s a serious thriller,” he said about the film for which he teamed up with producer Vipul Shah, with whom he has given several hits.

Q: What is “Holiday” about?
A: Not many people are aware of sleeper cells – special terrorists who blend into society so well that no one realises they are terrorists. Sleeper cells were behind 9/11 and 26/11 attacks. In “Holiday”, some army officers are home for a holiday and realise that the enemy is not only present at the border, but there are a lot of enemies inside the city and village. “Holiday” is an amazing film on terrorism and how the army tries to capture the sleeper cells.

Q: Do box office figures determine the star value of an actor?
A: The days of box office collections are gone. The audience wants to see content in films and if there is content, then it automatically gets you good box office figures.
I did “Holiday” because there was content in it. It is not a typical Akshay Kumar film where I am doing fun and comedy all the time. Yes, there is a little bit of comic element in “Holiday”, but otherwise the film is a serious thriller.

Q: You say the film is a serious thriller, but promos show just comedy and songs. Is it deliberate?
A: You are right. But from now on you will start watching promos that will show seriousness of the film. Since it is a Hindi film, there has to be some song and dance. In the film, my character comes home for a holiday and never thought that he would face terrorism.

Q: There’s a lot of hand-to-hand combat in the film…
A: Yes, the film has very real action. You won’t see the kind of action I did in “Boss” or “Khiladi 786” where I would just punch and 20 people would fly in every corner. Greg Powell, who was the stunt coordinator on “Skyfall”, has choreographed the action sequences in “Holiday”. We haven’t taken the help of cables. If I kick someone and take a somersault, it is all real. It is compulsory for the producer to insure all the actors. So if something happens, we are taken care of.

Q: But that only looks after the monetary aspect.
A: It is part of my job. I do all my stunts because I enjoy it. I don’t do it because someone forces me to.