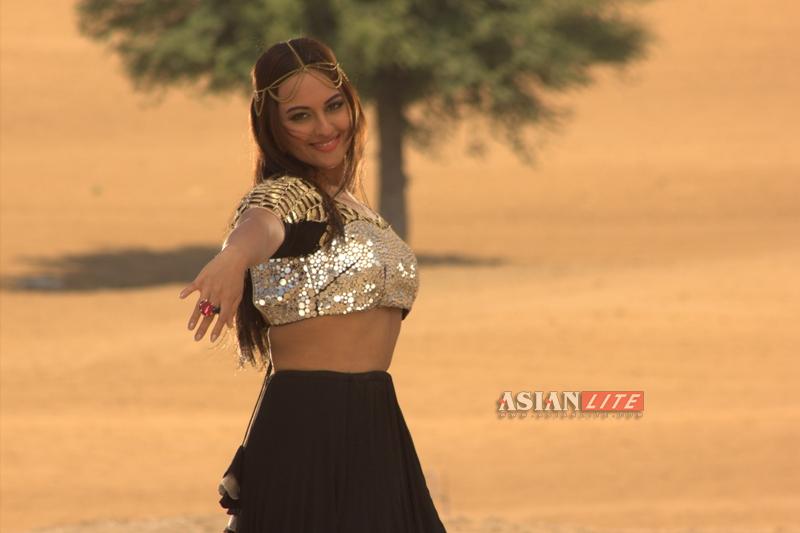 Bollywood actress Sonakshi Sinha about her forthcoming film: ‘Holiday: A Soldier Is Never Off Duty’, which releases on 6th June 2014

Q. So back to your rowdy co-stars how rowdy was this movie or was it not that rowdy?

A. This movie, being, working with Akshay Kumar is always rowdy because he is such a fun person to work with and this film was no different except it was slightly different than the ones we have done together. It’s a bit more serious. It’s very intelligent. It’s got a very good plot to it. It’s about a soldier who comes back to his hometown on holiday but finds out about this terrorist activity that’s going to go down and how he does everything to stop it, which is quite thrilling actually!

Q. Last year you gave us such an awesome performance in Lootera so one of our fans actually wrote  saying that ‘please tell Sonakshi not to bank on a hero! She can carry a movie on her feet’.
A. How sweet and I’m definitely going to take that advice very very seriously you know  I actually do want to do many more films like Lootera but the fact is that scripts like this are very rare to come along and I am waiting for the right one. Until I don’t feel instinctive or very strongly about something  I won’t do it just for the sake of it , you know just because there is a trend now of women oriented films. I won’t do it for the sake of it. I need something perfect for me to come… like the role of Pakhi was perfect for me that’s why I did it.

Q. So where you disappointed that Looterawas sidelined?
A. Yeah I was  but it’s fine. Not receiving an award doesn’t make it any less of a great film and that’s what matters I mean every day till today I get tweets majorly for Lootera and that is our reward in its sense yeah.

Q. Do you feel as an actor sometimes the heroine gets lost in these hero oriented films?
A. Ahh, no I think everybody has a part to play. If it wasn’t required there wouldn’t be a hero to play in these hero-oriented or so calledmasalafilms. So everybody has their part to play and I think we should look at it like that. I mean in Hollywood nobody sees how big the role is. Someone will play the smallest role but be appreciated as well . I don’t think these comparisons or these things should be pinpointed. 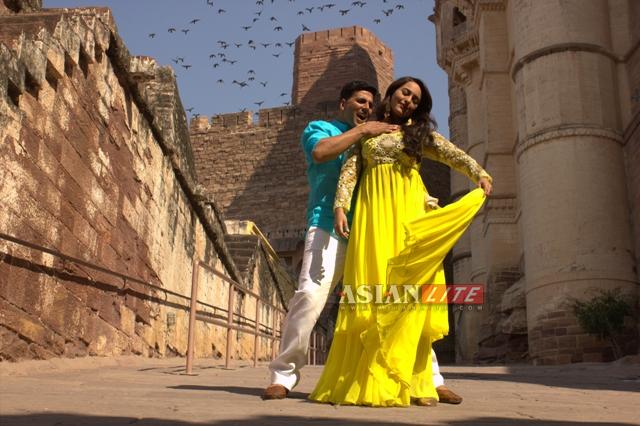 Q. Do you feel now after last year’s awards that you don’t believe in them?
A. Ahh a little bit less because I think it’s just become very commercial I mean you are selling a show to a channel to be seen. Right from the start I only attend an award function if I’m going to be performing there because that’s my job, that’s my work, that’s what I am meant to do and that’s why I go so and It’s always been like that.

Q. Coming back to Holiday you play a boxer and you were trained by Vijender Singh for it so what was that like?
A.  I wish I’d trained a little bit more but he basically just taught me about the basic body language of being a boxer and lucky for me I picked it up well because I’ve always been a sporty person like even when I was younger in school I used to play a lot of sports and I think it just comes naturally to me  so they didn’t have to work much on me. Murugadoss wanted it to look very natural not girly and not playful. He wanted it to look professional, so I think Vijender was a big help in that.

Q. So who would you like to knock out?
A. There are so many people that I meet every day that I (laughs) can’t. I’m a very diplomatic and nice person (more laughs)

Q. You’ve always worked with the big stars and also now you are working with your dad’s very close friend  Rajinikhanth, wereyou a little sceptical?
A. I was very nervous. I wasn’t sceptical I mean to debut in Tamil films who better to debut with than the biggest star !So there were no doubts about that but I was nervous yes, of course.  When I met him for the first time on the set I told him ‘you know sir, it’s an honour working for you  but I’m so nervous’. And he said ‘why are you nervous? I am nervous because you are my friend’s daughter’. He’s very professional he’s a very humble man and there is so much to learn from him. It’s amazing working with someone like that, you know? with a personality like that. 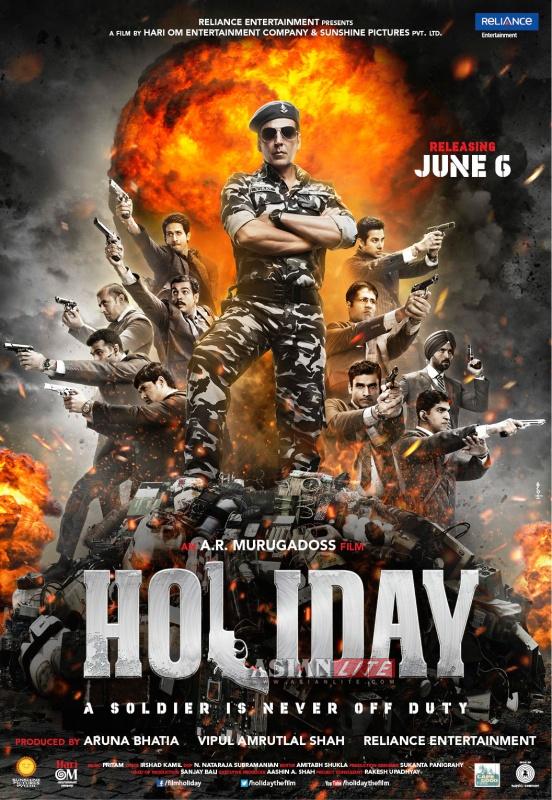 Q. You are looking stunning Sonakshi I know once upon a time there used to be this natural obsession with your weight
A. Yeah (laughs) well there still is! Damned if you do damned if you don’t (more laughs). So I just want people to stop talking about it. This is me.

Q. If you were to go on a Holiday where would you go and with whom?
A. Ahh I would love to go back to Barcelona because that’s where I went  last year and I really liked it, and I felt like I didn’t have enough time there, I was there for 5-6 days and I would like to go back there with a couple of my girl friends.