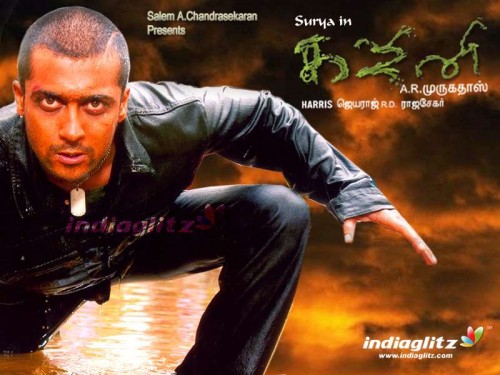 When filmmaker A.R. Murugadoss made Suriya-starrer Tamil actioner “Ghajini”, he vehemently denied that his film was adapted from Christopher Nolan’s “Memento”. Since then, very few southern filmmakers have openly admitted to foreign influences in their films such as “Vidiyum Munn”, “Yaamirukka Bayamey” and “Jigarthanda”.

Debutant Balaji K. Kumar’s Tamil thriller “Vidiyum Munn”, about a sex worker’s effort to save a young girl, was raved by critics and audiences alike when it released last year. It was lauded as the best staged movie since Mysskin’s “Onayum Aatukuttiyum”.

But what many didn’t know was that the film was heavily inspired by British thriller “London to Brighton”. Not only did Balaji lift the plot from the original, but a few scenes as well.

Tamil horror-comedy “Yaamirukka Bayamey”, which is one of the biggest hits of the year, revolves around a group of people who turn an abandoned bungalow into a hotel. As customers start trickling in, each one mysteriously winds up dead. The rest of the film’s plot is about unraveling the mystery.

This film borrows its plot from 1998 South Korean film “The Quiet Family”. The only creative part in the Tamil version is that its director Deekay added a ghost angle to the story, which was not to be found in the original. Otherwise, both the films have a very similar storyline.

Sundeep Kishan’s Telugu romantic-drama “Ra Ra Krishnayya” is based on Danny Boyle’s “A Life Less Ordinary”. After the film’s release, Sundeep openly tweeted saying that “Ra Ra Krishnayya” was indeed based on Boyle’s film, which was also made in Hindi as “Tere Naal Love Ho Gaya” few years ago.

Filmmaker Karthik Subbaraj left audiences and critics in awe with his “realistic” gangster story “Jigarthanda”. About a passionate filmmaker’s plight to make a gangster film, it was loosely based on 2006 South Korean film “A Dirty Carnival”.

In both the stories, a filmmaker decides to make a gangster film by closely following a real gangster. Subbaraj very smartly makes audiences see “Jigarthanda” as meta cinema, which it is to a large extent. But that doesn’t deny the fact how liberally he has taken inspiration for his story from a foreign film.

Tamil thriller “Sarabham” is a blatant copy of 2003 Japanese thriller “Game”. Both the films are about a hardworking advertising executive, who after being replaced by someone on a prestigious project, decides to kidnap his boss’s daughter (who helps in the kidnapping) as payback.

Venkat Prabhu-directed Tamil thriller “Biriyani” borrows its plot from English comedy “Harold and Kumar Go to White Castle”. In the English version, two friends go on a road trip in the middle of the night to eat burgers at White Castle, while the Tamil version is about two friends who hit the roads to eat biryani.

But Prabhu deserves to be credited for showing some creativity and making changes to the story. Never do you feel it is a frame-to-frame copy.

The protagonists in both the films are busted for possession of drugs and are sentenced to life in foreign prisons. There are several scenes that Chandran has straightly lifted from the original.

For instance, during his first night in the holding, Jiiva sneaks out of his cell and steals a blanket and later gets involved in a fight with the guards. This exact scene can also be found in “Midnight Express”.

Maybe southern filmmakers have taken filmmaker Quentin Tarantino’s quote – “I steal from every single movie ever made” – way too seriously, and hence, don’t bother give due credit to the source of inspiration.