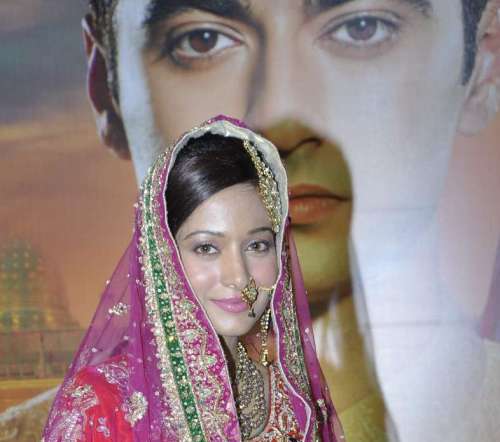 Actress Preetika Rao is flummoxed by reports suggesting she is in a relationship with the director of her successful serial “Beintehaa”. She has clarified that she is single and that she has no time to ‘mingle’.

“I don’t know where these tall tales come from. There are two directors for ‘Beintehaa’ – Ankur Bhatia and Pushkar Pandit. Both are equally fond of me. If Pushkar calls me Aloo, a pet-name based on my character’s name Aliya, it is out of his fondness for the character I play. Seen in that way, Ankur calls me Mallika-e-Beintehaa,” said Preetika.

She blames a photograph shared on a social networking platform, for the romance rumour.

“I guess this rumour started when Pushkar put a picture of the two of us on Twitter. I was flooded with curious queries about our chemistry. But tell me, does a picture on a social media of two people have to mean a relationship between the two,” asked Preetika.

“The truth is that Pushkar and I are just cordial friends and colleagues. I have no knowledge of or interest in his personal life. Right now I’m totally focused on my career and don’t want to get into any distracting situation,” she added.

Also, she has no time for love.

“I’m single. Forget about a relationship, the hours shooting for a television serial leave me with no time to meet friends. Work is my only priority right now.”