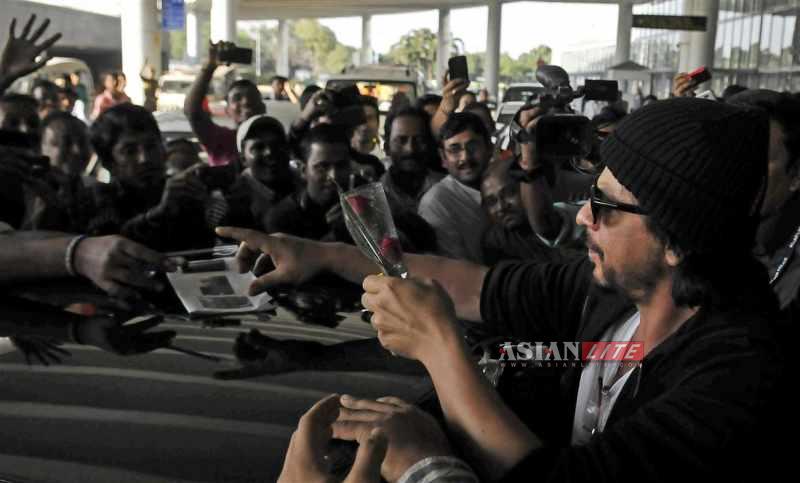 Bollywood Badshah Shahrukh Khan, co-owner of IPL-7 winner Kolkata Knight Riders (KKR), was over the moon, as he revelled and regalled thousands of frenzied fans at the Chinnaswamy stadium in early Monday.

After remaining on the edge till the final over with daughter Suahana aside, Khan jumped off the seat when spinner Piyush Chawla hit the winning run with a four to the fence in the last (20th) over of Parwinder Awana to lift the trophy for the second time in two years.

Knights won the title in 2012 beating Super Kings at Chennai.

Joining his excited players for the victory lap after holding the trophy aloft, Khan treated the fans, dancing to the tunes of “Chaiyya, Chaiyya” title song from one of his hit Hindi films “Dil Se”.

Composed by A.R. Rahman, written by Urdu poet Gulzar and sung by Sukhwinder Singh and Sapna Awasthi way back in 1998, the song became very popular.

Thrilled to the brim for winning the title a second time, Khan cheered his boys for a glorious tournament in which they defeated rival teams for eight times on trot to reach the final, including Kings in the qualifier Wednesday in Kolkata.

“I take this opportunity to thank all the millions of cricket fans across the country, especially in Kolkata and West Bengal. I also thank Bangalore fans for their unstinted support and huge presence in the final,” a beaming Khan said.