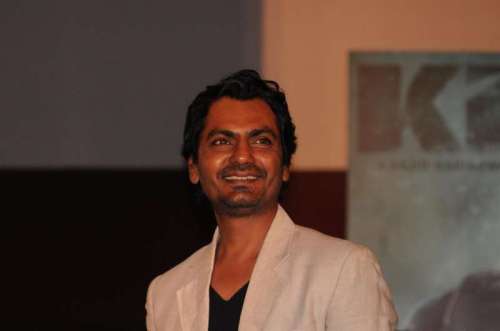 Actor Nawazuddin Siddiqui says he is being honoured for “outstanding achievement” at the Chicago South Asian Film Festival Sep 16. He says awards and recognition mean a lot to him.

Speaking shyly of the honour, Nawazuddin said: “It’s something I am quite kicked about.”

The “Kick” actor would then proceed to various other cities in the US, including Los Angeles, New York and Washington, to explore his bearings among the non-diaspora audience.

“Awards and recognition still mean a lot to me. It isn’t as if I’ve become jaded about awards. But yes, there is a genuine space problem regarding the awards. I hardly have room for any more trophies in Mumbai. So, I am sending my trophies to my native home Budhana in Uttar Pradesh,” he said.

So, who’s dressing up Nawaz for his distinguished Chicago appearance?

“I am still very shy about taking up these offers from very generous designers. I’ll probably pick up a suit from a readymade rack and wear it. I am not into looking groomed as yet. Maybe someday,” the National Award winning actor said.