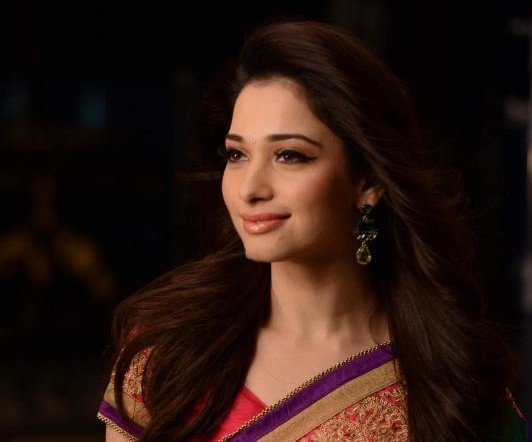 Actress Tamannaah Bhatia, whose forthcoming movie is entertainment loaded “Humshakals”, says she has her reservations about donning a bikini and kissing on-screen.

“I have always maintained that I will not wear a bikini and will not do kissing scene on-screen. This is something that I have maintained, and I intent to keep that. I am not comfortable (with it) at all,” Tamannaah said.

For a scene in “Humshakals”, all three actresses – Tamannaah, Esha Gupta and Bipasha Basu were required to wear a bikini, but Tamannaah chose to cover it up with an unbuttoned sleeveless top and a pair of shorts.

The actress, who has two film releases lined up – “Humshakals” with Saif Ali Khan and “It’s Entertainment” with Akshay Kumar, says both the actors are very different from each other.

There were reports that there was animosity between Bipasha, Esha and Tamannaah. But the “Himmatwala” actress says Bipasha “was very sweet on the sets”.

“She is an established actress, but she was very cordial with us.”