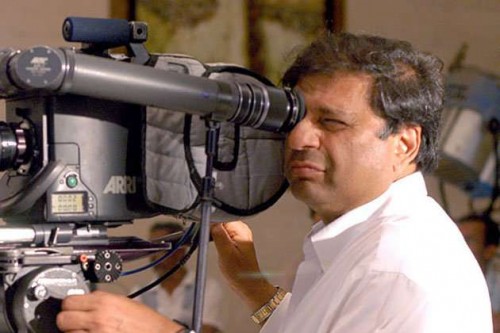 Filmmaker Ravi Chopra, who was suffering from severe lung ailment, died here  at 3.30 p.m. He will be cremated at Pawan Hans, Vile Parle . He was 68.

The late filmmaker was hospitalised Nov 6 at Breach Candy hospital.

However, a source close to the family confirmed his death Wednesday, saying: “He passed away today (Wednesday) at around 3.30 p.m.”

His funeral will take place at 11.00 a.m. at Pawan Hans Thursday and many celebrities are expected at the ceremony.

Ravi Chopra is survived by his wife and three children.

Bollywood is in deep shock on the loss and expressed their grief on the demise of the filmmaker.

While filmmaker Madhur Bhandarkar was “Saddened to hear about the demise”, director Farah Khan remembered him as “One of the nicest, kindest and big hearted soul in the film industry”.

Actress and politician Smriti Irani says she “was blessed to work with him” and expressed her “condolences to his loved ones”.

Actress Divya Dutta too was in shock.

“I just got the news. It’s certainly very sad news and a huge loss for this industry. He was one man who was full of life. For me, working with him in ‘Baghban’ was like a picnic. He never used to get sad or stressed over anything,” she said.

Ravi Chopra’s career as an associate producer began with hit film “Insaf Ka Tarazu” followed by “Nikaah” and “Awam”. However, his debut as a director happened with film “Zameer”. On TV, he directed epic dramas like”Mahabharat” and “Ramayan”.

Son of legendary producer and director late B.R. Chopra and the nephew of late Yash Chopra, he is remembered for his soulful storytelling in films like “The Burning Train”, “Aaj Ki Awaz”, and “Baabul”, among others.