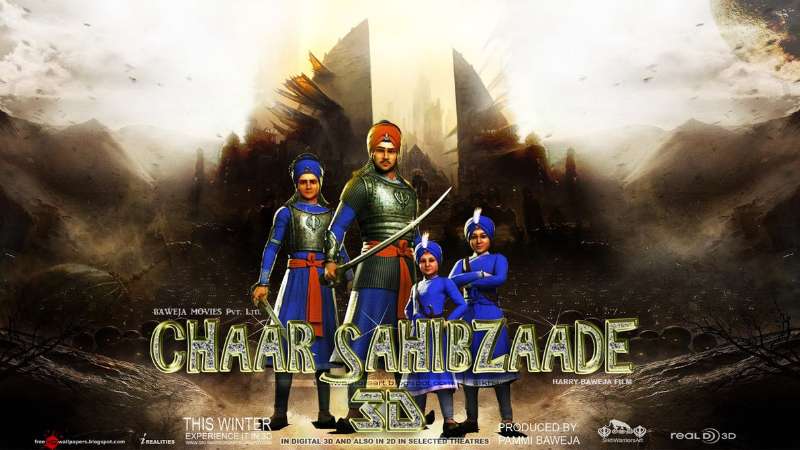 A worldly man once said to me “the Sikhs have a great historical story, they just don’t know how to tell it”…. Until now.

Is this the beginning of showcasing to the world the struggle that Sikhs have faced to become one of the five major religions that it is today? I believe so. 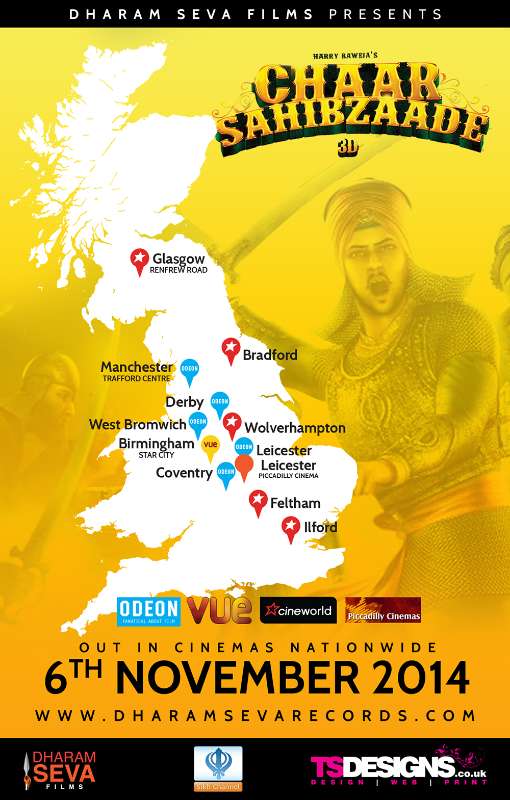 The 2014 Punjabi film, released on the 6th November (Shri Guru Nanak Dev Ji’s birth date), is directed by Harry Baweja and narrated by Om Puri (East is East). It has been produced in Hindi and Punjabi with English subtitles. Depicted through 3D animation the film creates emotion and intensity. However the quality of the animation is not at its best due to the lack of flexibility with the facial expressions.

The film has been praised in the way that it respects the teachings of Sikhism by using only still images of Shri Guru Gobind Singh Ji, but as a young Sikh woman I think the impact of the film would have been much greater if the Guru Ji himself was featured with dialogue. On one hand, some may argue and be of the opinion that no one could ever voice Shri Guru Gobind Singh Ji, as it then becomes religious propaganda. On the other hand, the portrayals of other religious saints such as Jesus and Moses have been played in animations and films, which gives the audience an even greater impact. Conversely with these religious restrictions in place it was hard for the producer to create this although the still imagery of Shri Guru Gobind Singh Ji’s character still works effectively whilst symbolising the importance of the Guru Ji.

Aside from that, Mai Bhago (a female Sikh warrior) and other female characters such as Mata Gujri and Mata Jito play a vital role showcasing that females played a fundamental role in Sikh history. Sikh women are portrayed as powerful, courageous, and compassionate throughout the film which demonstrates one of the teachings of Sikhism that men and women are equal.

Personally for me, the film was a great success and it did not disappoint. I was particularly impressed with the depth of research  along with the creative story telling. The voice over throughout the film engaged the audience whilst the shabads (religious hymns) emotively told the story. I must say I went through a lot of tissues watching this film and I’m not one to cry at films. 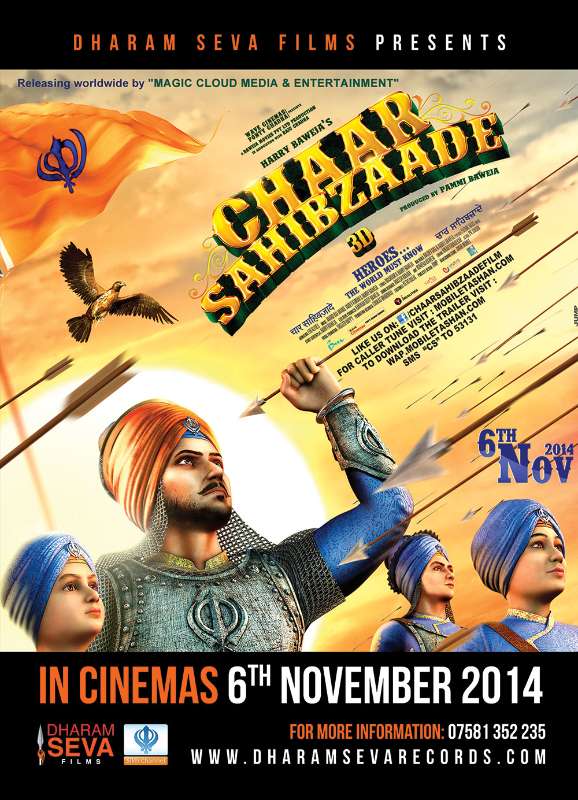 It was a honest representation  to see that the story of the film wasn’t against Islam but was against injustice and the right for religious autonomy . This refers to a poignant moment in the film where the younger sahibzaades are demanded to choose between death and conversion from the Mughal court, to which they respond that their grandfather Shri Guru Tegh Bahadur Ji gave up his life fighting against forced conversions not only for his Sikhs but for other faiths. In fact the film shows a number of Muslim characters in a positive light, such as a man serving the Guru Ji’s mother and two younger sahibzaades whilst being imprisoned although he was forbidden.

Chaar Sahibzaade is an inspirational and touching film. One that would make every Sikh be proud to bear the name Singh. I hope to see more films similar to this that can educate the world. I would definitely recommend this film a watch as it not only informs, and inspires Sikhs but teaches every race the lessons of right and wrong.

The film is not a lesson about religion, it’s a lesson on humanity.