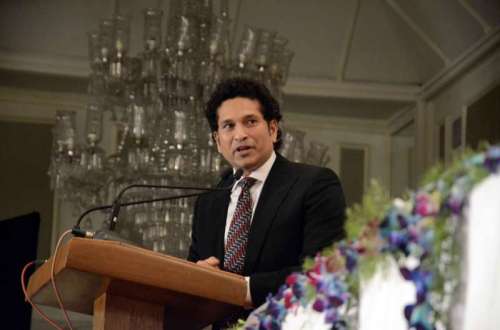 Tendulkar has given his consent to be the chief guest at the event, to be organised by music events organistion Hridayesh Arts at the Shanmukhananda Auditorium, King’s Circle here, said a statement.

Lata’s younger sister and singer Asha Bhosle will be the special guest of honour on the occasion, where the Who’s Who of Bollywood and the Indian music industry are likely to be present.

Talking about the plans, Avinash Prabhavalkar, chairman, Hridayesh Arts, said: “The felicitation function will be followed by an exclusive music and dance ballet ‘Chala Vahi Des’ which has been specially choreographed and directed by the Kathak guru Shama Bhate, produced by SwarBharati and conceptualised by Adinath Mangeshkar for this occasion.

“The entire ballet has been choreographed upon the extremely popular ‘Meera Bhajans’, composed by Hridaynath Mangeshkar and sung by Lata didi.”

The occasion is even more momentous as Hridaynath Mangeshkar, younger brother of Lata, has also has completed 60 years of his music career.

Starting her career in 1943 at the age of 13 with the song “Mata ek sapoot ki duniya badal de tu” for Marathi film “Gajaabhaau”, Lata, who is called the Nightingale of India, went on to record songs for more than 1,000 films in 36 languages.