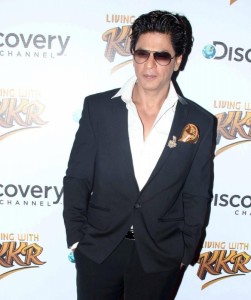 Shah Rukh Khan has been named the second richest actor in the world by Wealth-X and his friend and director Farah Khan has reached out to the superstar to congratulate him.

With $600 million, Shah Rukh is the only Indian who has featured on the Wealth-X list of top 10 wealthiest Hollywood and Bollywood personalities, which is topped by Jerry Seinfeld.

“With the second richest actor in the world! Shah Rukh Khan you were rich even when you didn’t have money,” Farah posted on her Facebook and Twitter page Thursday along with a photograph featuring herself hugging SRK.

The actor, who started his career in showbiz in 1988 via TV and entered filmdom with 1992 film “Deewana”, is amongst Bollywood’s most well known talents.

No wonder then, that in his over 25-year-old career, he has not just amassed a huge fan following but a lot of wealth too!

Wealth-X is the definitive source of intelligence on the ultra wealthy with the world’s largest collection of curated research on UHNW individuals, defined as those with assets of US$30 million and above.