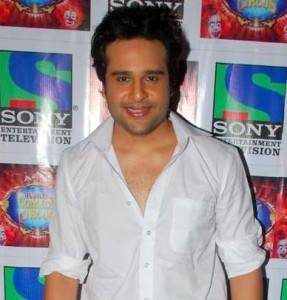 Stand up comedian-actor Krushna Abhishek, who shares a good rapport with popular comedian Kapil Sharma, revealed he was invited to the latter’s show “Comedy Nights With Kapil”, but he turned down the offer fearing he wouldn’t get enough space to showcase his talent.

“He is my friend, but then also I didn’t go to his show and because of this he is upset with me,” Krushna said here in an interview.

“He called me on his show many times, but I didn’t go because I don’t want to perform as one of those. I don’t want to be one of the characters. I need space,” added the comedian, who has shared the platform with Kapil in “Comedy Circus”.

However, Krushna chose to appear on comedian Sunil Grover’s show “Mad In India”.

When asked about it, he said, “I went on Sunil’s show ‘Mad In India’ for a couple of episodes and you must have seen those. I was there everywhere in the episode. So, if I will get the space on ‘Comedy Nights With Kapil’, then only I will go on the show.”

“Kapil is a brand and so am I. If we both get the chance to showcase our talent, then I am all ready to do “Comedy Nights…” he added.

When asked if he ever feels jealous of Kapil and his achievements, Krushna said: “No, I don’t feel jealous of him. In fact, I feel happy for him. He is very talented”.

As of now, Krushna is gearing up for the upcoming fifth season of entertainment-cum-talent hunt show “Entertainment Ke Liye Kuch Bhi Karega”, where he will be the host along with Mona Singh.