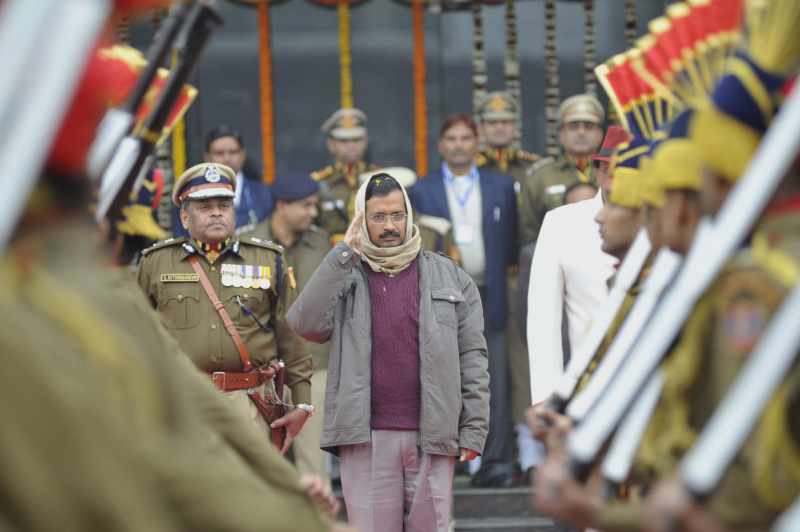 So the much awaited verdict is out – Mr. Narendra Modi is all set to become India’s 14th prime minister. In the backdrop of this new change of guards in Indian politics, one wonders at the rise and then the subsequent rapid fall of Aam Aadmi party (AAP) from the national centre stage. Undoubtedly, the rise of AAP has been phenomenal.

Though scams are not new to India but this time the scale of the alleged hera-pheri has been simply unparalleled. As per one estimate, the potential loss to the Indian economy due to corruption cases from October 2011 to September 2012 alone was approximately 364 billion rupees or $6 billion. These scams have tarnished the image of an emerging superpower India, hurting global investor confidence at a time when domestic inflation was skyrocketing and t value of rupee stood at its record’s low.

It looked as if the ruling Congress had clearly lost its touch with the masses because of the economic slowdown, corruption scams, lack of leadership in addition to its communication skills. It’s in this scenario that AAP party, riding high on the optimism of general public, came into existence with the symbol of a (jhaadu) broom, which as per its Chief symbolized the ideology of the party to clean all that is ‘filth in Indian politics. AAP made its presence felt, by securing 28 seats in the assembly elections of Delhi in Dec 2013. But what happened next is quite interesting? After much hype and hoopla and the 49 theatrical days, the Kejriwal led cabinet finally succumbed to what AAP called ‘pressure tactics’ by the congress and BJP.

Kejriwal from the very first day of coming to power never seemed serious to govern and it looked as he was always looking for an opportunity to leave. He fought for everything and with everyone. Not knowing how to rule, he and his team acted like trainees and consequently a large section the same common man that once showed blind faith in him were simply not just taken aback but also were left amused to see the visuals of the ‘New Common CM atop his own famous Wagon R facing tear gas and water cannon at Rail Bhavan, close to Parliament House in new Delhi, thereby not just jeopardizing the Republic Day parade preparation but also causing inconvenience to thousands of Delhi commuters who faced hardship due to transport snarls caused by his party’s protests across the city.

This was the time when nation’s common man started doubting his intentions. Actually it looked obvious that Arvind Kejriwal and his self-styled champions of anti-corruption drive are not serious for running the government, though the party definitely took some remarkable decisions and took some measures to curb corruption but all went in vain and he eventually failed to impress. He failed to understand the people have handed him the opportunity to govern but not to act as street fighters on Delhi’s roads.

Today, no one can deny, notwithstanding the innumerable controversies the Aam Aadmi Party (AAP) has itself got into, Kejriwal and his team of so-called fellow common men have indeed did occupy the mind space of a section of voters with their never-before-heard-or-seen style of politics, aptly evident from his decision to challenge Narendra Modi in Varanasi and finishing second and in the process, surpassing not only Congress but also regional biggies such as BSP and SP. Indeed, Arvind Kejriwal’s politics of activism has added a new dimension to the 2014 Lok Sabha elections.

Common cause binds all, but then, power is known to corrupt too. Today, we all agree Gandhi was a nationalist to core and has nothing other than welfare of the country in his mind but all were not thinking like him. Arvind Kejriwal got the opportunity of life time to head a dream constitutional post- to become the Chief Minister of Delhi. But here comes the million dollar question – has he (not) wasted the golden opportunity to really sow the seeds of a new kind of politics?

People across the country now at least believe that indeed Kejriwal has got an impressive agenda, he definitely knows “where the fault lies in the system”- i.e what to do?” But in practical terms does he really know- “How to do? i.e how to rectify those problems? Politics is the name of the game where one has be always grounded with realities. He wants lions to be friendlier to dears – which is impossible in this world. What Kejriwal needs is a practical strategy to achieve his goal by doing certain compromises because the fact of the matter is none of his pet bills including the Jan Lok Pal would never be able to see the light of the day as he never will get enough numbers to see them through in the Parliament. He must admit Corruption is a menace that cannot be eradicated overnight and hence it requires working against it gradually- say in a period of 20 -30 years. This is true especially for a country like India where historically muscle power and money power have always played an active role in deciding who sits at high corridors of power.

What next for Kejriwal – definitely, Kejriwal is a good talker and he will always keep talking about how his Jan Lokpal bill is better the version passed by Parliament. But, I doubt there will be any takers of his claim except his own self-anointed anti-corruption crusaders.

Here is my piece of advice to Kejriwal if indeed he wishes to really make a mark in Indian politics and remain relevant in Indian politics post the current LS polls. First and foremost he must learn to compromise – Democracy is another name of a compromise between Government & its Opposition. A government needs an opposition whose healthy role is an integral part of a healthy democracy. If Government can’t compromise and cannot listen to opposition demands, they won’t be able to get any bill through the parliament.

Secondly, once the darling of Media, Kejriwal has to once again go back to drawing room and learn to manage Media well. Media in India play an important role in shaping political fortunes and can definitely make or mar any leader’s success chances. The LS Poll strategy by every political party has been played for the eyeballs, and definitely has been played really well.

And most importantly, he should get rid of his outright negative views about the Corporate India as this is also true that their growth acts as lifeline to a large section of middle class jobs in India. Evident from the recent Modi’s win, the influence of corporate on politics is undeniable. Kejriwal must realize that India has not yet reached a stage where contribution from masses could match the contribution by corporates. The fact is biz circle and politics go hand in hand and if he is really serious about breaking the nexus, there are ways to go about it – by choosing a strong PM or CM – indeed one can limit their influence to a larger extent by demanding increased transparency and accountability; RTI, PIL, judicial activism, Govt- citizens partnerships can be further strengthened.

Its high time Kejriwal should sit up and take notice of these changing paradigms in Indian polity.