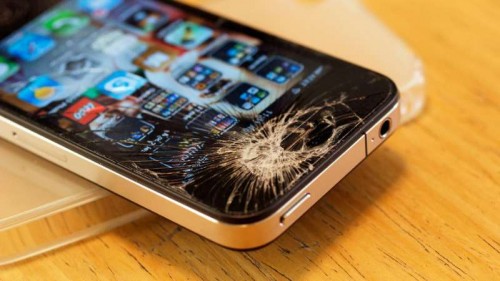 Now that Apple has put in for a patent which will prevent your mobile phone from breaking into little pieces when you inadvertently drop it, we can be relieved that we won’t do that absurd juggling act as the precious instrument finds its clumsy trajectory to the hard ground. It is always the hard ground, never soft sand or a cushion. If there are two soft areas each ten feet across and a four inch gap with concrete under it, your phone will strike those four inches. It’s a law.

Of course, they haven’t also clarified why even expert cricketers who take nifty catches at mid-off or spiraling down from way above to long on also drop their phones. You’d think at least they’d be able to hold on to it.

And it never stays in one piece. It is like when you put in your USB into its port it is always wrong the first time. Beyond explanation you always have to turn it around and do it again.

Not that Apple has shared with us what the maximum height for keeping it safe is and how old Newton’s laws of motion will kick in when old butterfingers fumbles and loses his grasp on the phone and it slow motions down to… yes, right, the concrete. It’s fine if the drop is the standard four feet but what happens if a car runs over it or it falls out of your pocket from the 30th floor balcony or down the stairwell?

So, I wouldn’t get too excited yet.

What I would love a patent for is trackers. Since there is no guilt to ‘finding’ lost phones and people think of it as a lottery rather than locate the owner and return it to him far too many of us are happy we ‘found it.’ No you didn’t, you picked it up and kept it thought it wasn’t yours. Now such a tracker would be able to pinpoint where you are even after the sim card has been discarded.

Boy would I love to meet the guy who stole my phone.

I can only hope he dropped it on the concrete.