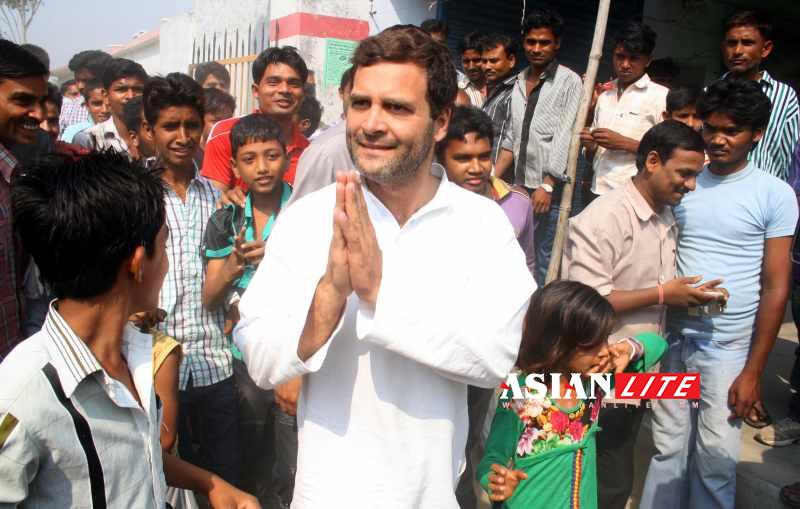 Fifty years after the death of India’s first prime minister Jawaharlal Nehru, the Nehru-Gandhi dynasty, which had been instrumental in shaping most of modern India’s socio-economic and political fortunes and had commanded unswerving loyalty from the electorate in the past, is seemingly no longer the “natural choice” for the country’s young population.

“Gandhi family is a historical artifact which might have contributed immensely in the past, but today it is nothing but a feudal elitist family with almost no touch with the real face of young India,” said Vishal Raj, an engineering student in Bangalore, reflecting that the continued economic slowdown and lack of employment opportunities during the UPA’s ten years in power have distanced the Gandhis from the common man.

The Nehru-Gandhi family’s legacy runs into pre-Independent India, when Motilal Nehru, a lawyer, committed hilmself to the Congress, and on two occasions – in 1919-1920 and 1928-1929 – served as its president.

The ‘family’ dominated the political trajectory of India for most part after 1947.

Jawaharlal Nehru, Motilal Nehru’s son and Rahul Gandhi’s great grandfather, served as prime minister from 1947 till his death in 1964 (May 27 is the 50th anniversary of his death). A socialist visionary, he maintained India’s independent foreign policy by pressing for non-alignment in a fiercely bipolar world.

The transfer of power from one generation of Nehru or Gandhi to another augered well for the Congress ever since.

Indira Gandhi, daughter of Jawaharlal Nehru who became prime minister in 1966, cemented her position as a strong and determined leader with her initiatives such as the Green Revolution, nationalisation of banks and her military triumph over Pakistan in 1971. She was assasinated in 1984 by her Sikh bodyguards after she took military action against Sikh terrorists based inside the Golden Temple.

It was Sanjay Gandhi’s death in a mysterious plane crash in 1980 which forced a reluctant Rajiv Gandhi, then a pilot with Indian Airlines, to enter politics. Sanjay Gandhi is survived by his widow Maneka Gandhi and son Varun Gandhi, both of whom are BJP MPs.

Rajiv Gandhi, prime minister between 1984 and 1989, ignited the imagination of the youth with his visions of a “modern India”.

But many, especially the young felt, that Rahul Gandhi has apparantly failed to recreate the same magic of his father and grandmother.

“Modern India demands a leadership which will ensure sustainable growth. Unfortunately, Rahul doesn’t represent that hope and hence Indians had no choice but to vote out the grand old party,” Showkat Nabi, a communication officer in an international agricultural research institute in Hyderabad.

Analysts say Rahul Gandhi is a poor public speaker and he has not been able to spell out any saleable doctrine on matters relating to the economy, good governance or an assertive foreign policy.

Sonia Gandhi, however, is reckoned for her “pragmatic decision-making ability”. The Italy-born 67-year old Congress president, who had refused to head the party in 1991 following her husband Rajiv Gandhi’s assassination by a LTTE human bomb, is credited for cobbling up the right alliances for the Congress, leading to its coming back to power in 2004.

But as corruption became the order of the day in UPA government’s second term, people got disenchanted with the Gandhi family, which supposedly remote-controlled outgoing Prime Minister Manmohan Singh’s government without being a part of it.

A humbling 44 seats tally in the 16th general election has raised questions on the leadership of Rahul Gandhi who headed the campaign. Questions are also being raised on the continuity of the dynasty.

“Just because he is the scion of India’s first family, Rahul does not have an inborn right to lead India. The reigns of the party needs to be handed over to emerging new leaders within the Congress,” Krishnendu Das Gupta, a software engineer in Bangalore said.

According to Kingshuk Nag, the author of “The NaMO Story: A Political Life”, “Rahul Gandhi is the antithesis of what a leader should be”.

Many are apprehensive that the dynasty has become so unpopular that Rahul Gandhi’s sister Priyanka Gandhi – seen by many as a mirror image of her grandmother – too will not be able to restore its glory or resurrect the moribund Congress party.

Yet, a rebellion against the Gandhis within the Congress is not anticipated.

Congress leader Rashid Alvi told  that the mother and son “will remain the high command of the Congress which is the number two party in the country”.

Nag summed up the time ahead: “When we have the next general election in 2019, the Gandhis will be totally irrelevant.

“By that time, most Congress leaders would have crossed over to rival groups,” Nag said.

Added Prakash Javadekar, BJP spokesperson, “The problem with the Congress is it cannot think beyond the family, but the family is not able to deliver the results. It is natural that it will wither away.”

Vinita Gilbert, a teacher in a public school in New Delhi, said : “Undoubtedly, Gandhi family has our sentiments and emotions, but that alone cannot get them our votes.”