Nury Vittachi in his column The Funny Side says the Life’s a movie, and mine’s a bad comedy 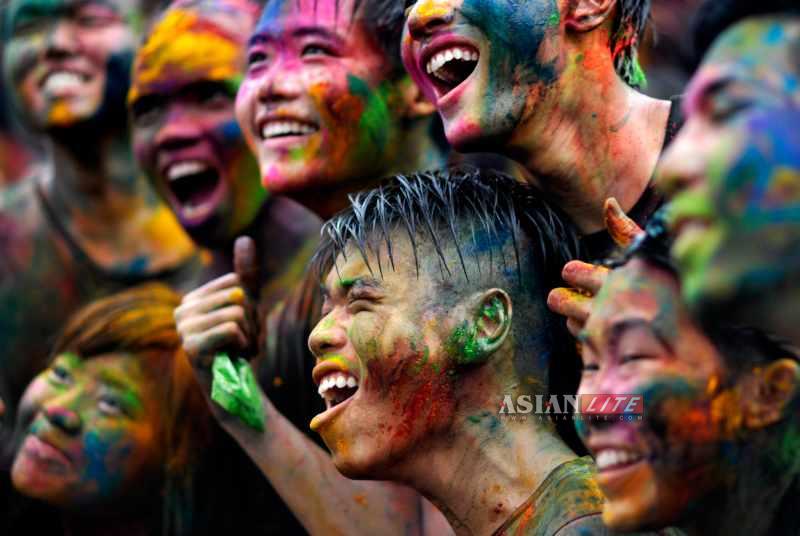 Madness. In the next few months, government regulators in many cities are planning to legalize self-driving cars. Have these people never seen any of the “Transformers” movies? The Decepticons must be ecstatic.

I was worrying out loud about this when a friend posited a theory that The Universe had run out of plot-lines for human destinies and was now recycling old movie scripts. This idea was so utterly ridiculous that it had a kind of brilliance to it.

His evidence was a TV news report about a pair of burglars who recently broke into a shop in the US city of Houston. Surveillance video showed that they crept around the store and then bumped into each other. Each thought the other was a guard, and they fired 12 shots before running off.

The life-is-a-movie theory was bolstered the following day when a reader forwarded me a story about a mechanic in Sichuan, China, working on an oversized truck tyre which exploded. He flew into the air and landed on a nearby rooftop, perfectly intact except for his trousers, which had “completely vanished” according to the report. Being deposited whole on a housetop is movie-like enough, but the missing trousers turns it into comedy gold. You can just imagine the householder standing on the roof hanging her washing and the pants-less guy saying: “Esteemed madam! I can explain!”

If the Koreans turn this into a movie, a lonely-but-pretty woman will be praying for a man when The Universe lowers a handsome, trouser-free sky hunk on to her skylight.

I sent out a general appeal for examples, and an animal-lover friend sent me a cutting which said that an over-subscribed training school for animal doctors in Scotland has started employing dogs to help with interviews. This definitely has shades of Babe, Bolt, Up, Underdog, Look Who’s Talking Now and the like. I wonder how the interviews will go? Applicant: “What are my chances of getting in?” Dog: “Ruff.”

The most worrying example came from a reader collecting news cuttings about killer robots that are already in production in the US, the UK, China, India, Russia and the like. Government officials all gave the same reason: “We’re building them so we don’t have to risk soldiers’ lives.”

How is that everyone in the world except them knows how these stories end? When we try to decommission the robots, they turn on us and the Machine Wars start. Why do government officials never do their homework?

The final proof that The Universe is recycling movie plots came the night before I wrote this. My friend’s daughter commented that women in movies always go through a powerful personal transformation but dad characters always stay as they are, stupid and evil. “How come dads never have a mid-life crisis,” she asked. Her mom replied: “Because men never get beyond adolescence, sweetie.” It rang true for my friend.

Thankfully, my own kids are really nice to me. Even if they do have a nickname for me, which I overheard them using last week: “Is the ATM home from work yet?”

If The Universe really is using old movie plots for life destinies, I suspect that mine is a tragicomedy featuring a hapless loser, so I better practise my lines. “Esteemed madam! I can explain!”