Nury Vittachi writes for Asian Lite, top Asian newspaper in the UK. What your desk says about your mind may be extremely worrying. 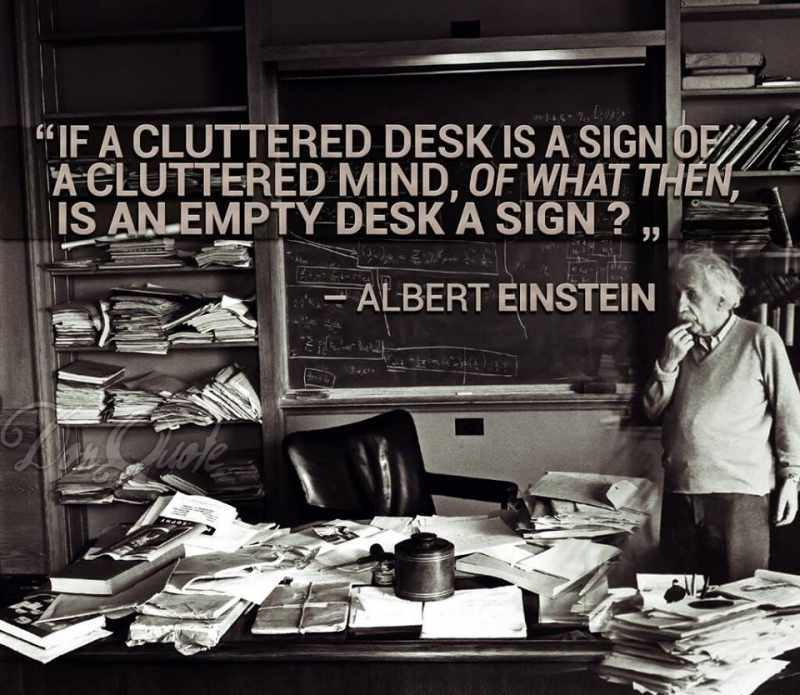 My colleagues say I have a disgustingly messy desk. I prefer to call it “the ideas vortex”. But tidiness was on my mind this week after hearing about firefighters who recently raced to a scene of utter devastation in a residential street in Canada. After finding furniture and debris spewed out over the front yard, they donned protective gear to find the site of the explosion. “There hasn’t been an explosion,” neighbours said. “It’s just a REALLY messy house.”

People who drive past that house in the city of Calgary often assume it has blown up and call the emergency services, said the report from Global News, sent in by a reader.

I used to have a friend exactly like this. His home was basically an individual portion landfill. When I helped him move house, the people next door came to watch with tears of gratitude in their eyes. “Where is he going?” one asked. “Far, far away,” I said. “VERY far away.” She nearly hugged me.

But I have always liked messy people. At college I had the job of waking my flat-mate Sarah for morning lectures. I sometimes searched her room twice before finding her.

Now of course the defence that all messy people use is the line from Einstein that your desk reflects your mind. This worries me. I have a colleague whose desk is wall-to-wall anime figures (one-third busty, one-third tentacled, one-third both). Another keeps his desk so empty that sound waves bounce back from his cubicle. I know one person you can’t actually see because her piles of paper rival the Great Wall of China. By Einstein’s logic, she should have an amazing mind, but she’s a One Direction fan, enough said.

A deeper view of this issue comes from the tidiest people on earth: the Japanese. They’ve bought millions of books by neat-freak guru Marie Kondo. In “The Life-Changing Magic of Tidying”, she says tidy minds create orderly societies in which bad things can’t happen.

I was extremely skeptical about this idea until a Japanese reader sent a news report which illustrated it. A robber went into a shop in Osaka recently, grabbed a knife from the tools section and took it to threaten the cashier. Being an orderly-minded person, she grabbed it, scanned it and told him the price. Disarmed, literally and figuratively, he left, empty-handed.

You can use this orderliness principle even outside Japan. A few years ago, I covered the story of a man who took a knife to a branch of McDonald’s in Australia and demanded cash. Instead of handing it over or putting up a fight, staff took a Japanese approach and told the robber that “the system” required him to “buy something first”. He obediently checked the menu for the cheapest item, counted the change in his pockets, and then apologized and left.

But what if you’re like me, and find tidiness impossibly difficult? Defend yourself with logic. When my wife complains about my stuff, I tell her: “I keep my part of the apartment messy so that if an assassin comes for me, he will trip over something and die.” She can’t argue with that.

Asian News from UK
Leading Newspaper for Politics, Business & Economy
The Funny Side