From the enigma of the Mughal empire to a determined, victorious fight against the system, the Asian Lite bookshelf this week is an eclectic bag of interesting reading. Take your pick: 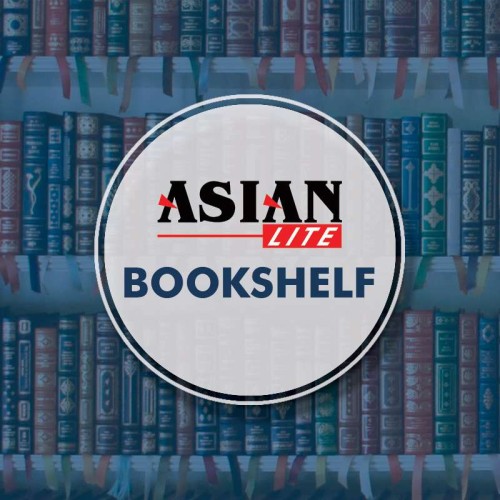 1. Book: Colours of the Cage; Author: Arun Ferreira, Publisher: Aleph; Pages: 164
From being tortured to bearing beatings, human rights activist Arun Ferreira faced it all for nearly five years when he was arrested by the Nagpur police on charges of being a Maoist. However, he was soon charged with additional crimes like murder, possession of arms, rioting and criminal conspiracy. But it does not end here as, when Ferreira was acquitted of all charges in Sep 2011, he was rearrested by plain-clothed policemen at the prison gates and left waiting for a chance to even look at his family who were on the other side of the gate.
Thus began his fight for justice all over again, until he was freed of all charges with the help of “courageous friends”.
The book narrates the time Ferreira spent in one of the most notorious prisons in Maharashtra – Nagpur Central Jail – and also highlights “a man’s stubborn fight for justice and triumph of the human will”.

Situated on the edge of the Yamuna basin, Fatehpur Sikri was Mughal emperor Akbar’s capital from 1571 till 1585. Lucy Peck’s book is an “investigation” of the genesis and creation of the emperor’s complex.

With detailed descriptions of the palace, replete with images and maps, the book also helps illustrate the various happenings that might have occurred within the great emperor’s court. In the chapter “Life at Akbar’s Court”, Peck outlines Akbar’s daily routine – starting from his habit of waking up early to praying/meditating and revealing himself to the public at a “jharokha” (projecting window) to other things done during the day.

An interesting read for history enthusiasts and even those interested in the grandeur of the Mughal era.

Thirty-two-year-old Anushtup Chatterjee hates his mother, has a job which is a “dead end” and a girlfriend who has left him. And it is on a silent moonlit night – bereft of his wallet, watch and cell phone – that he is told by a stranger that he has “already died”.
Ray, who also blogs at greatbong.net , has narrated a story about “hope and aspiration, love and regret, of the choices we make and those that life makes for us” in Yatrik, his third book.
The book explores life, death and life after death.

4. Book: Gathering the Ashes; Author: Amritlal Nagar; Publisher: Harper Perennial; Pages: 378
Well-known Hindi writer Amritlal Nagar’s book offers the people’s perspective on India’s first war of independence – the memories and tales experienced by the locals.
A narration of the events of 1857, the book is an English translation of Nagar’s Hindi book “Ghadar Ke Phool” by television personality Mrinal Pande.
The book offers a passionate look at Indian history sprinkled with tales of heroic deeds, cunning alliances and also heartwarming collaborations, narrated when Nagar had visited the actual area 100 years after the “ghadar” had taken place.