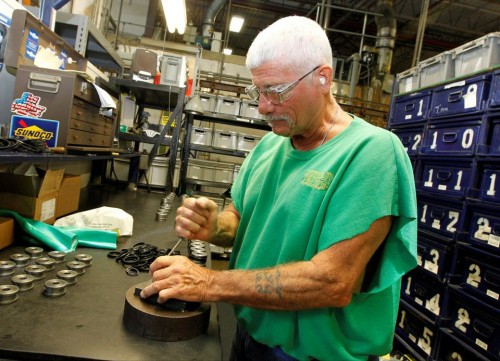 Without a substantial rise in workforce productivity to offset the anticipated fall in employment, GDP per capita growth rates across the Eurozone may only reach 1% per year up to 2050.

The report, titled “Rising from the ashes: The role of older workers in driving Eurozone recovery”, also shows that raising labour force participation rates amongst older age groups could make a significant difference to rates of economic growth over the next 40 years.

The report reveals that 1 in 6 Europeans are currently over 65, yet by 2060 this figure will be 1 in 3. Moreover, currently only around a half of workers aged 55-64 in the Eurozone are  in employment.

Rising from the ashes reveals that “Unless a higher proportion of older people remain in the workforce, total employment could fall by up to 17% over the next 35 years”.

ILC-UK finds that raising workforce participation at older ages in line with their scenarios could deliver a greater economic boost for the region’s periphery countries than for its core. This is partly because these countries have more catching up to do in terms of raising labour force participation amongst older age groups. It is also because population ageing is expected to occur more quickly across this part of the Eurozone.

ILC-UK argue that in order to respond to the challenges ahead, European Governments must:

*   Invest in skills and training at all ages;

*   Develop and utilise new technologies and, critically in the context of this report;

*   Encourage greater workforce participation amongst the over 50s

“Older workers aren’t a silver bullet to tackle all the economic challenges that Europe faces. But what this report reveals is the huge potential benefits of extending working lives. As part of any programme of structural reform, it is important for policymakers to focus on how to maximise the productive potential of the Eurozone’s workforce over the long-term including harnessing the productive power of older workers.

To maximise the economic return of older workers, Governments should consider how they can best invest in the future health and skills base of their older populations”.

Shadow Employment Minister, Stephen Timms MP, who is speaking at the launch of the report added:

“I welcome this report which underlines the serious challenge we face in retaining over 50s within the labour market.  This is an issue that the UK needs to take much more seriously. Raising the labour market participation rates of the over 50s could yield significant economic and social benefits”

“Many older people are happy to stay in work for longer and, according to Prudential’s recent analysis of ONS Annual Survey of Hours and Earnings (ASHE), they are now seeing the welcome side-effect of significant year-on-year increases in annual earnings. However, there are of course those who would prefer to give up work in their seventh decade but have had to delay their retirement because of insufficient pension savings.

“The best way to secure a comfortable retirement income is to save as much as possible as early as possible, and take the advice of a retirement specialist or financial adviser.”