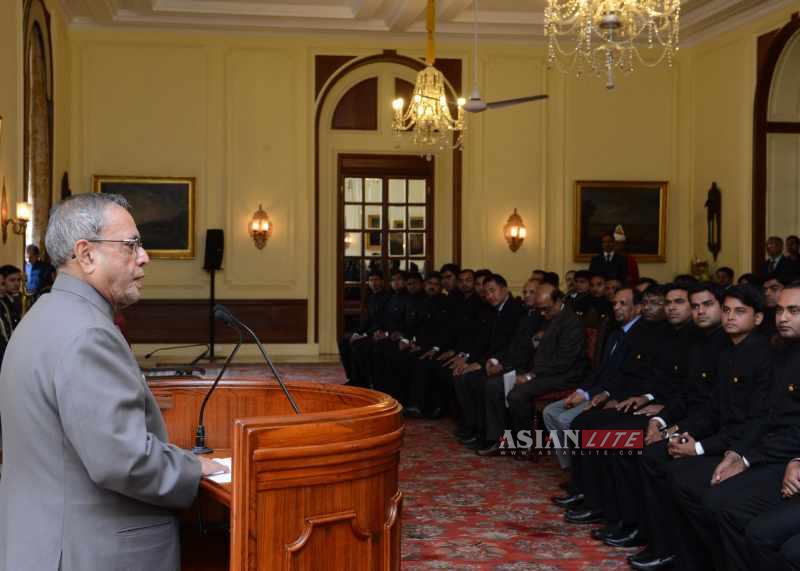 Observing that research in the higher education structure was a neglected domain, President Pranab Mukherjee on Thursday called for transformative ideas to steer India’s educational institutions from the “muddy waters of mediocrity”.

“Research is a neglected domain in our higher education structure. Our universities have to be the breeding ground for creative pursuits. While US and China file lakhs of patent applications annually, India has to be content with a few thousand.

“Universities must through their inventions and discoveries lead in the registration of patents for our country. Transformative ideas are required to steer our educational institutions from the muddy waters of mediocrity,” said Mukherjee.

Referring to Nobel laureates like Amartya Sen and Hargovind Khurana, Mukherjee pointed out that the scholars obtained international laurels by doing their research work in foreign universities and not in Indian universities because “we could not provide necessary academic atmosphere to these talented scholars”.

Mukherjee also reiterated his concerns about Indian educational institutions, despite accommodating over 20 million students, not finding a place among the top 200 world class universities graded by world class agencies.

“It makes me very sad and I almost repeat like a parrot in every academic congregation,” said an anguished president.

Asserting that academic autonomy should be preserved at all costs, Mukherjee said the governance structures have to be supportive of innovative ideas and also facilitative of faster decision-making.