Actress Nita Mistry strongly feels that raising awareness against domestic and sexual violence is vital and need of the hour.

Talking about her recently released short film, ‘Elimination of Violence Against Women’, Leicester-born actress tells Anjana Parikh that audiences are always shocked by what they hear.

AL: Tell us, how did you get into film?

Nita: I have a very good agent who submits me for various types of work. The films I have had the opportunity to work on have always been via her submitting me for the roles. 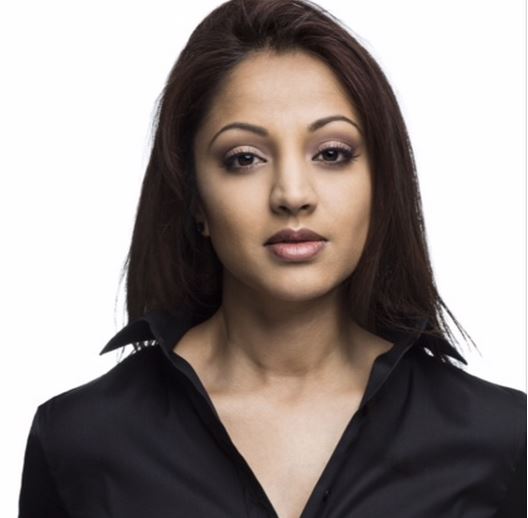 Nita: As a child, I was always involved in all the extra-curricular activities after school. I used to take part in everything from dance, singing and acting classes.
My first ever professional performance was Shakespeare’s, Merchant of Venice at the
Leicester Haymarket Theatre when I was very young. I guess I always knew from a young age, what I really enjoyed, and therefore, I continued working my craft which eventually led me to pursue a career as an actor.

AL: Recently, you did a film entitled ‘Romeo vs Juliet’. Is this a feature film?

Nita: Yes, that’s right. It is a feature film which was shot in London and Bangladesh> it is due to release mid January 2015.

AL: How different is it from the Shakespeare’s Romeo and Juliet?

Nita: It’s very different as it’s a romantic film with a Bengali twist.

AL: What is the story about?

Nita: I can’t let too much away just now but it’s a boy meets girl movie and they fall in love.
It also highlights different relationships between the various characters throughout the movie.

AL: You have also done a short film entitled ‘Elimination of violence against women’. How did you come across this film?

Nita: I was asked if this was something I would like to be put forward for, to which without any hesitation, I replied yes.
I believe that there is a need to raise awareness simply by looking at the statistics in Leicester alone as ‘two women die every year at the hands of a violent partner’. National research also shows women will experience 36 incidents of abuse before seeking help. Raising awareness against
domestic and sexual violence is vital and I hope by shedding light on this subject will hopefully give people the confidence to come forward and seek help.

AL: Would you say you are more inclined to taking part in the smaller independent films as appose to feature films with a larger budget?

Nita: We always have a choice when we are offered work and for me, it’s not so much about the budget or type of film but more importantly the script and the character.
Good writing always makes a good film but there are also several other factors to consider which
are all individually different for each actor. Ultimately, you have to have a belief in what you are doing.

AL: Can an actor as fresh and young as you survive in the industry without getting involved in the mainstream cinema?

Nita: Again, we all have choices and not being involved in film doesn’t mean you will not survive a career in other sectors such as TV or theatre.
Most professional actors will at some point be seen for film and whether you get the part or not, it is generally down to the director and sometimes the casting director.

AL: You also take interest in issues related to human rights and asylum seekers. What is your understanding with regard to the plight of refugees in the UK?

Nita: Recently, when I working with ice&fire Theatre, I became aware of some of the circumstances which force asylum seekers to leave their countries and seek asylum in other countries such as the UK.

I’ve recently become aware of the difficulties they face when going through the system here in the UK.

The system is incredibly adversarial and complex. Often people are wrongly refused asylum and then wait years until their appeal is heard. During that period, they are not allowed to work and have to rely on benefits which mean that many asylum seekers are forced to live on £35 a week!

What ice&fire does is present very moving, firsthand testimonies from the people who have been caught up in all of this and tries to counter the many myths and half-truths which tend to
influence current public opinion on the issue.

Audiences are always shocked by what they hear; so much so then go onto engage in many forms of protests to help fight the cause here in the UK.