Fossilised bones of a dinosaur believed to be the largest creature ever to walk the Earth have been unearthed in Argentina, palaeontologists say. 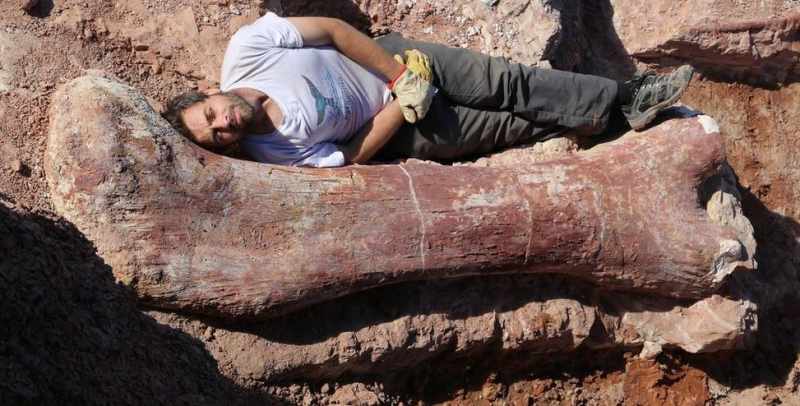 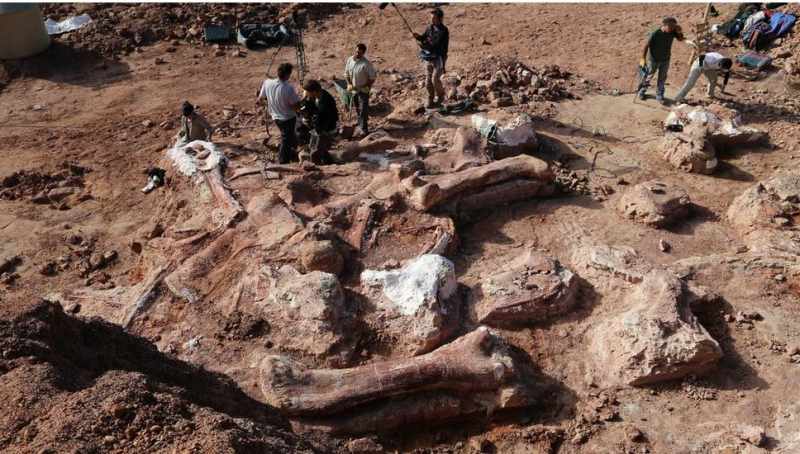 Weighing in at 77 tonnes, it was as heavy as 14 African elephants, and seven tonnes heavier than the previous record holder, Argentinosaurus.

Scientists believe it is a new species of titanosaur – an enormous herbivore dating from the Late Cretaceous period.

A local farm worker first stumbled on the remains in the desert near La Flecha, about 250km (135 miles) west of Trelew, Patagonia.

The fossils were then excavated by a team of palaeontologists from the Museum of Palaeontology Egidio Feruglio, led by Dr Jose Luis Carballido and Dr Diego Pol.

They unearthed the partial skeletons of seven individuals – about 150 bones in total – all in “remarkable condition”.

A film crew from the BBC Natural History Unit was there to capture the moment the scientists realised exactly how big their discovery was.

By measuring the length and circumference of the largest femur (thigh bone), they calculated the animal weighed 77 tonnes.

“Given the size of these bones, which surpass any of the previously known giant animals, the new dinosaur is the largest animal known that walked on Earth,” the researchers told BBC News.

“Standing with its neck up, it was about 20m high – equal to a seven-storey building.”