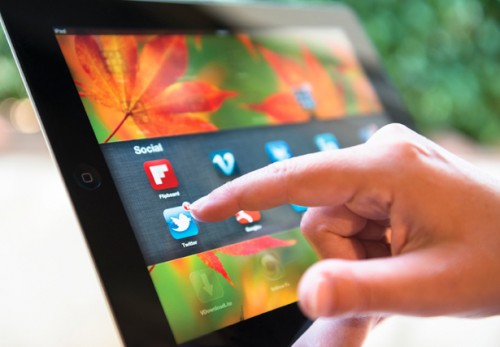 Digital relationships are resulting in the collapse of family ties, it would seem.

As more and more youngsters and newly-weds are logging on to e-relationships, family life appears to be indulging more and more in what is being called ‘digital infidelity’.

The virus has apparently left many a couple looking for solutions and programmes to reboot their matrimonial life, said CRISP president Kumar Jahgirdar.

Bangalore-based NGO Child Rights Initiative for Shared Parenting (CRISP) is working for gender neutral family laws.
“We keep getting a lot of complaints on infidelity from the spouses who indulge in cheating by having an extra-marital affair,” Jahgirdar told IANS on the phone.

He said now the digital world, via social media or smartphone, is more responsible for this unnatural intimacy.

“The victims, mostly husbands, often show us how the spouse is communicating frequently with a stranger through SMS, email, Facebook, whatsapp and the like, using filthy text. Most often they will end up indulging in adultery,” he said.

And adultery, he said, is often cited as grounds for divorce.

But there is a difference between infidelity and adultery. In infidelity there can be cheating by avoiding the partner and even an emotional affair. But adultery is the physical act of sexual intimacy with someone who is not the spouse of the individual.

Under the law, adultery is a criminal offence defined in section 497 of the Indian Penal Code, whereas digital infidelity doesn’t amount to guilt.

A new study by researchers at the University of Indiana found that Facebook users in relationships frequently use the site to keep in touch with “back-burners” – exes or platonic friends they know they could connect with romantically should their current relationships go south.

Men have back-burners at roughly twice the rate of women, the study found. But among both genders, the practice is widespread: On an average, respondents in relationships said they had romantic or sexual conversations with two people, besides their current partner.

Swarup Sarkar, founder of the Delhi chapter of NGO Save Family Foundation, said the western trend of a ‘fall-back’ male partner on standby is fast catching up in India.

“Thirty to 35 percent of the cases, on an average, are from men who are complaining about their wives cheating them. In most of the recent cases, digital relationships with other men leads to a rise in matrimonial discord,” Sarkar told IANS.

According to Jahgirdar, the upcoming urban trend to keep a ‘full-back’ partner, who may to be an old friend, a colleague or an acquaintance through cyberspace is a worrying sign.

“To check this upcoming relationship trend, we recommend changes in the laws and make adultery laws gender neutral since such crimes can happen in either gender,” he added.

According to a recent survey by OnePoll.com, almost half the women in a relationship have a ‘Plan B’, in the shape of a man whose arms they can run into if their current relationship turns sour.

One of the most worrying elements of the study, conducted from a survey of 2,000 British women, was the revelation that such a man will be ‘ready and waiting’ because of ‘unfinished business’.