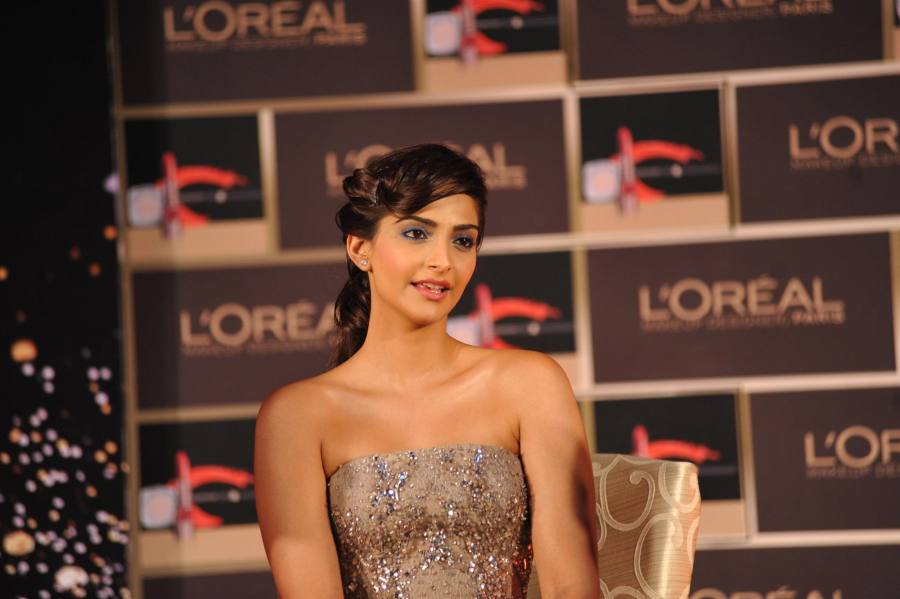 Flaunting international brands is actress Sonam Kapoor’s everyday style statement — but promoting ‘desi’ designers and Indian elements is the motto for the young and stylish diva whenever she makes an appearance at foreign venues.

Set to make her red carpet appearance May 18-19 at the 67th annual Cannes International Film Festival, the actress feels that if one embraces one’s body the way it is, they will look beautiful.

“Every year, I have been trying to bring in Indian elements with my look and appearance. When I go on an international platform, I try to promote Indian designers as much as I can because we have such a talented crop in our country,” she said.

“So whether I am attending fashion shows abroad or press events, I try to add Indian element to my look,” Sonam told IANS in an interview over phone from Mumbai.

The 28-year-old is set to make her fourth appearance at the prestigious festival, starting May 14. Her previous Cannes wardrobe included a sari teamed up with a jacket by designer Anamika Khanna. She had accessorised it with a ‘kundan’ nose ring.

Even for her western look, the daughter of designer Sunita Kapoor and actor Anil Kapoor added a hint of Indian accessories.

“In one of my previous appearances when I wore a floral Dolce and Gabbana gown, I teamed it up with a neck piece that my mother (Sunita) made. So it was an Indian setting. Even if I don’t wear Indian dress, I try to put in an Indian element consciously,” she added.

The “Aisha” fame actress will attend the festival as the brand ambassador of L’Oreal Paris and this season she will promote an Indian skin tone with the brand’s latest line L’Or Lumière collection.

During her past appearances at Cannes, Sonam has been one of the favourite Indian celebrities for the International media, thanks to her choice of clothes. Be it the white Jean Paul Gaultier couture she wore in 2011 or the Alexander McQueen black lacy gown in 2012, the actress received accolades for her look.

But the actress has never tried too hard to remain stylish.

“I try to dress up according to my size. One shouldn’t follow trend and try to be something that you are not and this is what I have been telling to all the regular girls. I have regular kind of body for instance I have got big hips and I have Punjabi arms so I need to dress-up according to my body.”

“I remember a couple of years back, I did an interview and they asked whether I will wear a swim suit or bikini… so my answer was ‘why not, of course, I will wear it as a real girl’. In one of my latest films where I wore a bikini, I didn’t try to become like really skinny and then go for a swimsuit. I wanted to be like a regular girl.

“As soon as you embrace your body the way it is, you will look beautiful. It will be harder in the beginning but eventually they will accept you,” she said.

Aishwarya Rai Bachchan and Freida Pinto are the other L’Oreal Paris brand ambassadors from India who will attend the event May 16-17 and May 17-18, respectively.

So for Sonam, who does she think has made the most impressive appearance on Cannes so far?

“I love Vidya Balan and I thought she did an amazing job with the way she dressed up last year. She was incredible,” said Sonam who also finds India one of the most “extremely stylish country”.