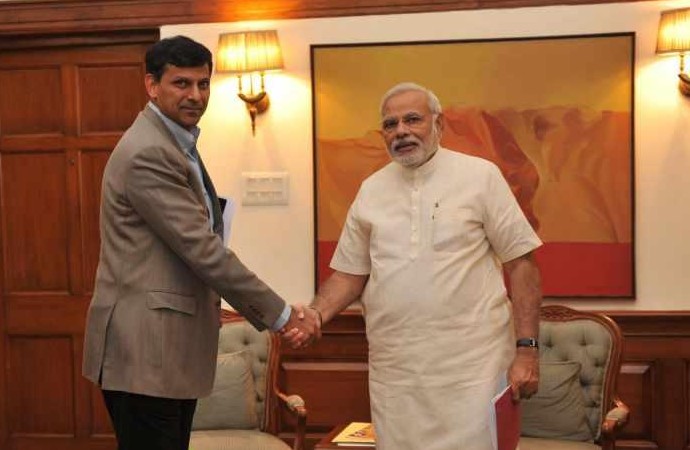 The visit comes ahead of the RBI’s review of its monetary policy Tuesday, its first exercise after the installation of the new union government.

The country’s central bank is expected to continue on its inflation-control exercise and keep interest rates unchanged. It is likely to keep its repo rate (at which it lends money to commercial banks) unchanged at 8 percent.

Known for the primacy he accords to controlling inflation, RBI Governor Raghuram Rajan gave an indication Friday when he told reporters in Tokyo that the “government and the central bank have both stressed on the need to bring down inflation while respecting the fact that growth is very weak”.

Rajan added that the government and the RBI were on the same page on the issue.

Jaitley said: “The challenges are very obvious. We have to restore the pace of growth, contain inflation and obviously concentrate on fiscal consolidation itself.”

Rajan has raised interest rates three times since he took office in September 2013, even as economic growth slowed to its lowest in the decade.

India’s economic growth remained below the 5 percent mark for the second year in a row at 4.7 percent in 2013-14.

Retail inflation (consumer price index) was at 8.59 percent in April year-on-year, after running near or above 10 percent for almost two years through 2013.