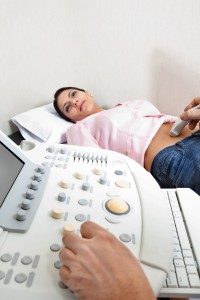 Experts Thursday sought increased spending by the Indian government on health services to the citizens while reducing financial burden on individuals paying out of their pockets.

Supported and by the United Nations, the panel discussion deliberated on India’s route to Universal Health Coverage and brought out key issues related to the concept and lessons to be learnt from countries in different regions of the world.

Highlighting the importance of increasing government expenditure on health in India which is one of the lowest in the world, at around one percent of GDP, Nata Menabde, WHO representative to India, commended the policy intent by the planning commission to increase spending on health to 1.87 percent of GDP by 2017.

“No country in the world has fully achieved UHC in a short period as there is always some gap between the need and utilization. UHC should be conceptualized as a direction rather than a destination, an idea that is relevant for India,” he said.

“We are particularly worried about families who fall below the poverty line when someone falls ill and the family has to struggle to pay for health care,” she said.

According to Indrani Gupta of Institute of Economic Growth, “political and bureaucratic will” was needed to bring about change.

“The disease burden, infrastructural and personnel requirements and health financing situation are the three elements that need to be analyzed to plan the design of the UHC model to be rolled out in Indiaa we need strong political and bureaucratic will,” she said