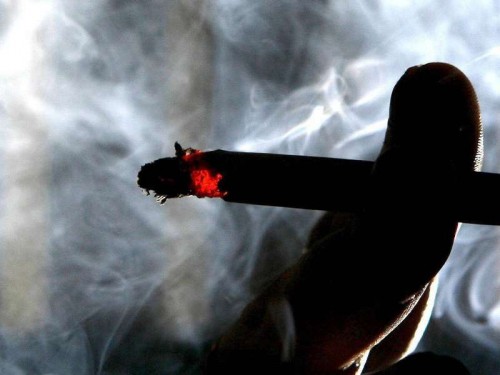 In a discovery that could possibly persuade smokers to quit, researchers at the Uppsala University in Sweden have found a strong association between smoking and the loss of the male Y chromosome in blood cells.

The same team had previously shown that the loss of the Y chromosome is linked to cancer.

Since only men have the Y chromosome, these results might explain why smoking is a greater risk factor for cancer among men and also why men in general have a shorter life expectancy, the researchers said.

The team tested if there were any lifestyle or clinical factors that could be linked to the loss of the Y chromosome.

“Out of a large number of factors that were studied such as age, blood pressure, diabetes, alcohol intake and smoking, we found that loss of the Y chromosome in a fraction of the blood cells was more common in smokers than in non-smokers”, said Lars Forsberg, lead researcher at Uppsala University.

The loss of the Y chromosome was more common in heavy smokers compared to moderate smokers.

In addition, the association was only valid for men who were current smokers.

Men who had been smoking previously but quit showed the same frequency of cells with loss of the Y chromosome as men who had never smoked, the authors noticed.

How loss of the Y chromosome in blood cells, induced by smoking, is connected with the development of cancer throughout the body is still not clear.

One possibility is that immune cells in blood that have lost their Y chromosome have a reduced capacity to fight cancer cells.

“The finding may explain why men in general have a shorter life span than women and why smoking is more dangerous for men,” added co-author Jan Dumanski.

The study was published in the journal Science.