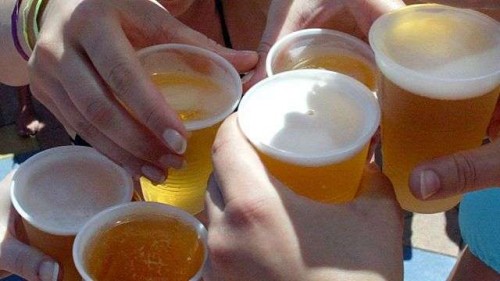 A new study confirms that moderate alcohol consumption can protect against coronary heart disease but only for people who have a particular genotype.

The study included 618 Swedes with coronary heart disease and a control group of 3,000 healthy subjects.

The subjects were assigned to various categories based on the amount of alcohol they consumed.

Meanwhile, they were tested in order to identify a particular genotype called “CETP TaqIB” that previous studies had found to play a role in the health benefits of alcohol consumption.

The results confirm the findings of the earlier studies. Moderate consumption of alcohol helps protect people with this genotype against coronary heart disease.

“In other words, moderate drinking has a protective effect among only 15 percent of the general population,” said Dag Thelle, professor emeritus at the University of Gothenburg’ Sahlgrenska Academy in Sweden.

Researchers believe that the advice frequently given about the health benefits of moderate alcohol consumption is far too sweeping.

“Moderate drinking alone does not have a strong protective effect, nor does this particular genotype. But the combination of the two appears to significantly reduce the risk of coronary heart disease,” said co-author professor Lauren Lissner.

The study appeared in the journal Alcohol.