There was not a single day Ms Vandana Jaiswal of Manchester would eat without sprinkling a spoonful of sugar in her meal. By the time she touched 30, her waistline widened and the size of her trouser had increased from 27 to 36 cm.

“I knew that sugar would give me toothache. But lately, I’ve realised that it’s also making me fat,” quipped Ms Jaiswal(32).

Obesity is just one of the crimes sugar is accused of. Whether you like it or hate it, only a few of us get through the day without adding the ‘sweet poison’ in our meal or drinks. Experts around the world believe that we can truly be addicted to sugar. 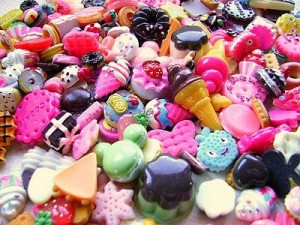 Shamila Khan, a mother of 14-year-old son has started to worry about the time he leaves home. Ilyas has been diabetic since he was 15 months old. Although he has a good control over his sugar level but getting him to check the level and do his injections properly is pretty hard. “When I am around, I ask him to check his sugar level and do the injections but he has to be asked at least four times.  As he’s growing up, after a few years, he’ll be joining the university; he’ll be on his own.  My husband and I get quite worried thinking about Ilyas’ medical future,” Mrs Khan said.

As you read this, do you still crave for some chocolates or a hot cup of coffee with sugar?

Australian writer David Gillespie, in his book ‘Sweet Poison’ mentioned his decision to quit sugar, and within a year, he lost six stone without dieting.  Before his ‘No sugar’ resolution, he weighed 122kg. Since he stopped sugar, he’s lost 40kg.He told The Telegraph, “You are breaking an addiction, so you need to stop consuming all sources of the addictive substance. They are all hard to give up because they are addictive—but they are all easy to give up once you understand what you are doing and why.” He says that once the palate gets adjusted to the change, the person can experience different flavours which he/ she wasn’t aware of their existence or were shut by the presence of sugar.

Using a simple urine test, researchers can now identify young people with type 1 diabetes at risk of heart and kidney disease. According to a new research, funded by JDRF, Diabetes UK, and the British Heart Foundation (BHF), up to 40 per cent of young people with Type 1 diabetes may be at risk of kidney disease, a complication which also increases the risk of heart disease.

In the first study of its kind, researchers examined the link between levels of albumin (a protein typically found in the blood but also excreted in small amounts in the urine) in the urine of adolescents with type 1 diabetes and the relative risk of heart and kidney diseases.

Although elevated albumin levels in the urine are already used to identify adults with diabetes who are at higher risk of kidney and heart disease, this is the first time that researchers have shown that normal variation in these levels can be an indicator of risk during adolescence.

Professor David Dunger, the lead author of the Adolescent Type 1 Diabetes Cardio-Renal Intervention Trial (AdDIT) study from the University of Cambridge, said: “Managing type 1 diabetes is difficult enough without having to deal with other health problems. By using early screening, we can now identify young people at risk of heart and kidney disease. The next step will be to see if drugs used to treat heart and kidney disease – such as statins and blood pressure lowering drugs – can help prevent kidney and heart complications in this young, potentially vulnerable population.”

For the study, researchers from the UK, Canada and Australia measured albumin levels in the urine of 3,353 adolescents (10-16 years old) with type 1 diabetes as well as assessed the young people for early signs of heart and kidney disease such as stiffening of the arteries, abnormal lipid (blood fat) profiles and kidney function.

They found that adolescents with type 1 diabetes whose urinary albumin levels were in the top 30% – but still within what is currently considered the ‘normal’ range – showed more evidence of early kidney and cardiovascular complications than those with lower levels.

Dr Sanjay Thakrar, research advisor at the BHF, which helped to fund the study, said: “This exciting early finding shows that we could identify those young people with type 1diabeteswho are most at risk of developing coronary heart disease. The researchers now need to assess whether early treatment with standard heart medication could help to keep these young people’s hearts healthy in the future.”

People have been worried about sugar being added to their foods since 1970s, but only few have been able to say ‘No’ to sugar. However, on a positive side, efforts are being made by anti-sugar campaigners and ‘No Sugar’ movement, and new findings linked with a range of health problems   are thus making people more aware about the ill-effects of excessive intake of sugar.

According to Dr Alasdair Rankin, director of research for Diabetes UK, “Every year, too many people with type 1 diabetes experience kidney failure and heart disease as a result of their diabetes and this can have a really devastating effect on their lives. By showing that people at high risk of these complications can be identified when they are children, this research offers the exciting prospect that in the future we might be able to offer treatment early to stop them from happening. While it would be a number of years before this became a widely-available treatment option, this does offer real hope of another way to help people with type 1 diabetes have the best possible chance of a long and healthy life.”

In retrospect, people have started to accept that sugar or the “white stuff” is harmful to human beings if taken in excess quantity. Generally talking about sugar, it also means various forms of added sugars used in processed foods, dried fruits and in some fruits like grapes which are converted by the body into glucose.

As the case against sugar is increasing, several research papers have been published in various medical journals across the world showing the side-effects of high consumption of soft drinks to a higher risk of cardiac problems and increased rates of pancreatic cancer, and cardiovascular disease in children as young as 12.

But the big question is it possible to quit sugar? “Yes, if you are determined to do it. You can drink a cup of tea adding just a half or a teaspoon of sugar but avoid other sugary stuffs like sweets, honey, fruit juices or processed foods that have lots of added sugar such as low-fat yoghurts,” concludes Ms Jaiswal who has joined the ‘No sugar’ movement.