Dr Anandi Ramamurthy has experienced racism in Britain in many forms. In the late 1980s’, she was involved with the anti-racist movement. In an interview with Anjana Parikh from Asian Lite, Dr Ramamurthy, the author of  Black Star: Britain’s Asian Youth Movements’, and a senior lecturer at School of Journalism and Digital Communication, University of Central Lancashire, talks about identity politics and the need for constant change.

AL: What sparked the launch of Asian Youth Movement? 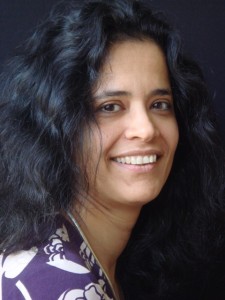 Anandi: In 1976 Gurdip Singh Chaggar was stabbed to death outside the Dominion Centre in Southall.   The Dominion Centre was a large community centre run by the Indian Workers Association, so for a young man to be killed almost outside a place that symbolised a community organising and supporting itself was particularly poignant.  While the elders of the community wanted to calm feelings and were prepared to go through the official channels and demand an enquiry, the youth could not wait and marched to the police station to demand answers having experienced police indifference to racial violence. Following day, the youth felt that they had no choice but to organise themselves in order to defend themselves and the Southall Youth Movement was formed.  Their actions inspired others to organise and a year later, the youth in Bradford also formed an organisation to defend themselves as they too had had to defend their community from fascists in 1976.  Through the following five years, youth movements began to be formed in different towns and cities such as Bradford, Manchester, Sheffield, Birmingham, Leicester, Luton, Bolton and Dewsbury.

AL: Was there an age group to get involved in such a movement?

Anandi: There was no official age limit to the organisations and some groups had youth as young as 15 and as old as people in their late 20s joining and struggling against racism.

AL: Was the economic downturn of the 60s’ and 70s’ one of the reason for racism in Britain?

Anandi: In the late 1970s, South Asians and other Black migrants experienced racism in all walks of life.  In the work place, white workers were often privileged for promotion or given preferable shifts and would jump the queue even for clocking in. Trade Unions did not always support the concerns of migrant workers, so they were forced to organise themselves.  For young people growing up, particularly young men, the street became a violent place with ‘paki-bashing’ a common occurrence. At school, children were often bussed out of their areas, traveling long journeys because it had been decided that individual schools should not have too many migrant children in one class. Kids – even those that could speak English – were often dumped in immigrant classes where they were excluded from the wider curriculum. Families were also divided by the State’s increasingly stringent immigration laws.  The economic downturn definitely played a part in exacerbating racism at the time, but Britain has a long history of racism which was used to legitimise the colonisation of lands in Asia, Africa and the Caribbean, so we cannot simply link racism to the need for a scapegoat, although the need for a scapegoat fuelled racism.

Anandi: Many of the young people involved in the youth movements had grown up in Britain and they did not feel that they would return to their countries of origin.  ‘Come what may, were here to stay!’ was a strong sentiment and slogan.  If they were going to live in Britain, they wanted to do so with dignity and have the same rights as others.  The youth were involved in defending both themselves and their communities. They were involved in protecting the rights of Asian workers supporting strikes such as the Imperial Typewriters Strike and the Grunwick Strike. They also campaigned against the increasingly stringent immigration laws that were brought in by both the labour and Conservative parties.  For example, they were instrumental in the Anwar Ditta Defence Campaign which struggled to reunite Anwar with her children.  In campaigning for Anwar they also highlighted the racism of the immigration laws which were designed to keep black people out of the country. In this way, they turned cases into issues and humanised issues by highlighting the actual impact that they had on people’s lives.  The youth never turned their back on a case when the legal avenues failed but determined to struggle for justice they continued with Anwar’s case after there was no legal course of appeal but through grass roots community involvement they caught the interest of Granada TV who made a programme that proved beyond reasonable doubt that her children were hers. .

They organised against racial violence on the street and the police’s frequent attempt to criminalise victims who had tried to defend themselves.  One particularly high profile case was that of the Bradford 12, where twelve young Asian men from different backgrounds were arrested and charged with conspiracy to make explosives and endanger lives after they made petrol bombs that they never used to defend Manningham against the rumour of a fascist attack.  The case exposed police racism as well as enshrining in law the right of a community to organise in self-defence.  ‘Self Defence is no Offence!’ was a key slogan of the period.

In organising to defend their communities, the youth were outward looking and built solidarity links with a wide range of African, Caribbean and migrant organisations as well as with socialist and communist organisations and national liberation organistions. It was their ability to build solidarity that enabled them to win campagins and is a lesson for all justice loving people today.

AL: Have you had any personal experiences of racism or discrimination?

Anandi: Yes, I have experienced racism in Britain in many forms – both overt and covert. It is the covert forms of racism that are the hardest to deal with and can be so undermining, but I always remember never to internalise these problems as being my problem or inadequacy but to remember that racism is about power, the power to exert discrimination on marginalised groups.

AL: What prompted you to write this book?

Anandi: In 2001 with the start of the ‘war or terror’, South Asians in Britain became defined in the media and in academic discourse almost entirely with reference to ‘faith’.  We already tend to be constructed as being bound by unchanging traditions rather than political values and I wanted to make an intervention to challenge that.I felt that the way Asians were being discussed bore no reality to me and many others of my generation. I was involved with the anti-racist movement in the late 1980s and met many people at that time that had been involved in the AYMs during the late 1970s and early 1980s.  I wanted to preserve a history where we were defined by our politics and not by our faith or tradition.

AL: Is racism based on knowledge or power?

Anandi: Racism is based on the exercise of power.  It is not an expression of ignorance. The archetypal racist, Enoch Powell could speak Urdu fluently. However, knowledge is a form of power.  In the eighteenth and nineteenth centuries, part of the process through which countries were colonised was through the acquisition of knowledge about a country.  When Napoleon invaded Egypt in 1789, he took 160 scholars and scientists as well as 2,000 artists and technicians to gather information which was  collected into 23 volumes (later expanded to 37 volumes) of information on the country.  In India, the British conducted topographical and anthropological surveys to classify and collect information about the people of the subcontinent. Such collections of knowledge were acquired to facilitate control of lands and people.

AL: Is change in this matter attainable? If yes, can you please highlight some of the core points- for- change?

Anandi: The only constant is change and I believe that as human beings, we have a responsibility to struggle for a more just world in which all people are treated equally. Over the last ten years, we have seen the erosion of not just civil rights but human rights.  The anti-terror legislation has removed some fundamental rights from us all.  Some non-violent political organisations have been banned, censoring political debate; stop and search legislation means that you do not even need to be doing anything suspicious to be stopped by the police, they just need to think that you may.  This has led to South Asians being 42 times more likely to be stopped and searched. If you are a foreign national, you can be detained indefinitely without trial and if you are a British citizen, you can be placed under indefinite house arrest. These are not the kind of laws that should operate in a just society.

AL: In your opinion, did ‘ghetto politics’ in the past gave way to permanent cultural distinctiveness?

Anandi: I don’t think that migrants have marginalised themselves, racism led to migrants seeking support from people within their communities.  The Asian youth movements struggled for people’s basic rights.  Many of the people involved in the youth movements were involved with left organisations such as International Socialist, Militant and RCP before forming the AYM.  They came out of these organisations because they felt that issues such as divided families and racist violence were not being adequately addressed by those organisations. They wanted to form their own organisations to address issues that were acute for their communities and to unite with other organisations as equals.  When we look at the support that the Bradford 12 Campaign built, we can see the broad alliances that they forged. These included Black organisations, anti-racist groups, youth groups, community centres, mosques, gurdwaras, temples, churches, socialist bookshops, feminist publishers, trade unions and hundreds more.  This was not ghetto politics, but the politics of the dispossessed, a politics built on the fostering of solidarity.

AL: What is your take on the new immigration law?

Anandi: Every immigration law that has been brought in over the last 50 years by both the Labour and the Tory parties has been based on the premise that migrants are a problem; the current bill is no different. But migrants are not the root cause of any social problem. During periods of economic recession, they are often used as scapegoats for wider economic problems. There is no evidence to suggest that restricting migration develops an economy.  The new legislation will only fuel racism. Most migrants are resourceful; after all, they have made tremendous efforts to leave their homes in search of work and to feed their families.  The racist ideas that have been fostered about migrants relying on benefit have been proved untrue in recent research which shows that migrants in Europe are far less likely to live on benefits than the host population.