However, the 18 per cent surge in rents on two-bedroom apartments in the first quarter reported by Asteco on the back of lower than expected new property completions is a reason to think again. Asteco said that 14,000 new units were delivered compared with a forecast 40,000, and thought the situation might improve later in the year. But have we not heard this so many times in Dubai? The fact of the matter is that building completions are not keeping up with the market hype about work-in-progress, analyses www. ameinfo .com 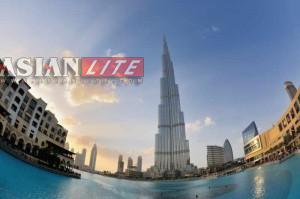 Perhaps there just is not as much under construction as some forecasters believe. Or delivery dates are just running behind expectations. Buyers on The Palm Jebel Ali have just been informed that 2012 is now the date for the completion of infrastructure. Not much use if you are searching for a villa today.
Home truths

Back to fundamentals: Dubai property yields at 8-10 per cent are very, very good. This correspondent just returned from Australia where less than four per cent is considered a fair yield on a property.

That is one reason why property in Australia costs around double what a comparable home would cost in Dubai. Is that a sustainable gap? Surely it will close up as take home pay in Australia is probably lower than in booming Dubai. Of course, Dubai needs to improve its mortgage finance but Australian borrowers typically pay slightly more than the Dubai average of 8.5 per cent for housing loans.

It is the same all over the world. And we need to ask: will the rest of the world’s property valuations slump so that Dubai yields will fall into line? Or will it be Dubai property prices that adjust upwards to nearer global norms? Falling Dubai rentals do not seem in prospect.

Therefore we have two main reasons to believe that Dubai house prices will go up in September, as people return from their summer vacations and new arrivals search for homes.

First, rent rises in 2007 have already demonstrated a shortage of completed property. And secondly, Dubai rental yields are so high that they should attract buyers until they fall to more normal global levels.
How big a spike?

How high would a spike be in September? Well, last year’s September adjustment was pretty sharp, so to expect a 10-20 per cent increase would look conservative, and is as inevitable as landlord’s raising rents if they think the market can take it.

But it is true that average house prices seem to have stagnated since last September’s spike, and that predicting a return to rising prices is always fraught with hazard. It could be that villas outperform apartments as there seem to be far more apartments coming on stream than villas at the moment, and that the average house price conceals a rather larger up tick for villas.

All the same if you are thinking about buying in Dubai then the quieter month of August might be the moment to get your act together.

Another thought: What would happen if the US stock market tanks this autumn and the Fed was forced to slash interest rates? That would surely improve the affordability of Dubai property, as UAE interest rates are linked to the US dollar and it would push house prices higher because stock markets would be unattractive to investors as an alternative to real estate.

And finally, the new Dubai law making escrow accounts compulsory for developers is likely to choke off new development activity from now on, and lead to some searching questions about existing off-plan projects, so that will eventually put the supply side under further pressure.