New low-cost carrier AirAsia India took off today with its maiden flight from this tech-hub to Panaji in Goa. 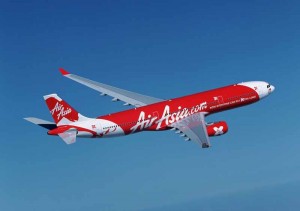 The $30-million Indo-Malaysian joint venture of AirAsia Berhad (49 percent), Tata Sons (30 percent) and Telstra Tradeplace (21percent) is taking to skies a month after the regulator Director General of Civil Aviation (DGCA) granted permission May 7 to launch its budget operations across the country.

“Our first service onboard A-320 of Airbus is going full, as tickets for all its 180 seats were sold out within 10 minutes after booking was opened on our website May 30 night,” an airline spokesperson said Wednesday here.

The budget carrier priced its fare on Bangalore-Goa route at Rs.990, including taxes for the launch flight. The no-frills airline will also operate a return flight to Bangalore from Goa Thursday evening.

The airline will commence its second flight to Chennai from Bangalore June 19.

Though a late entrant in the budget-carrier, the airline will be competing with its established rivals such as IndiGo, SpiceJet, Jet Lite, Go Air and the state-run Air India to garner a market share to sustain its business.

The airline’s introductory fare has triggered a price war among budget carriers, with IndiGo and SpiceJet coming out with promotional and discounted fares on many routes they operate.

“Our long-term goal is that every Indian should have an opportunity to fly,” Chandilya has said.

The airline plans to connect 10 cities with A320 family aircraft in the first year of its operations, with majority of services in the south of Vindhyas, connecting metros with tier-2 cities.

The airline has about 300 people on rolls to commence its operations.

The airline has claimed to have booked a whopping 25,000 seats within 48 hours of opening bookings on select routes for which services will be rolled out in the coming weeks.