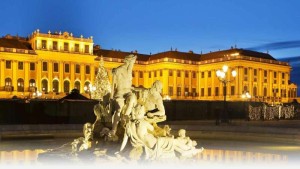 For Nidhi and Rohan Nanda, who have just tied the knot, choosing the perfect honeymoon destination was perhaps the toughest decision. With fingers crossed, Vienna was picked on a friend’s recommendation and a week in the quaint city proved to be the perfect ending to their elaborate wedding.

“There were so many suggestions from all corners but we wanted a place that was not only beautiful, but elegant and offered a historical experience. So, Vienna was chosen on a friend’s recommendation and it was the best decision of our lives,” a gleeful Rohan said.

The city’s relaxed and laidback attitude was the perfect getaway after many tiring weeks of preparations and celebrations that are associated with Indian weddings, especially in the north, said Nidhi.

The Austrian capital – in the heart of Europe – is one of the country’s nine federal states and is home to around 1.8 million people. Boasting of palaces, monuments, cathedrals, parks and vineyards, it’s a city where ancient churches stand beside contemporary glass buildings.

Kunsthistorisches Museum, which houses perhaps the world’s largest collection of paintings, is the most prominent museum in the city along with the Belvedere and the Leopold in the MuseumsQuartier.

Then, the Ringtrasse, a circular boulevard of over five kilometres that has grand buildings and manicured gardens on either side entices the travellers to take a long walk and experience the rich history of the city.

Also known as the ‘City of Music’ Vienna has 50 theatres, including four opera houses.

And for those who love to shop, the posh first district in the old city is the most sought after address.

Among the popular markets are Naschmarkt, the city’s

largest, which offers a mix of Viennese and international specialties.

This perfect blend of “history, culture and nature” is what brings tourists in droves to the city, says Sharat Dhall, president of online travel portal Yatra.com.

“Vienna’s classic heritage appeal and old-world charm make it the perfect honeymoon destination. Its cultural and geographical sights transport people back to the 18th century and provides the perfect setting for honeymooners,” Dhall said.

“From waltzes to cafes, museums to nightclubs, the city is a perfect blend of culture, nature and history – modern and traditional at the same time,” he

The fact that numerous Indian restaurants have opened in the city in the last few years has also helped in popularising Vienna amongst Indian travellers, said Verena Hable of the Vienna Tourist Board (VTB).

“Indians love their food and when choosing a destination for a vacation, food is quite important especially if you are a vegetarian. In the last few

According to one estimate, the number of Indian restaurants in the city has gone up from around 20 to over 50 in the last five years,. The price of an average meal for two costs between 8 and 14 euros (Rs.660-Rs.1,150).

According to VTB data, from January to July this year,

15,000 tourists from India visited Vienna – a growth of 10.5 per cent over the same period last year.

“This is the result of a series of efforts by VTB to focus on the youth and honeymooners segment,” said Hable.

Direct flights from Delhi to Vienna are operated by Austrian Airlines under a code share agreement with Air India while Mumbai, Chennai, Kolkata, Hyderabad and Bangalore have good connections to Vienna with one stop on Air India. Turkish Airlines, Emirates, Lufthansa and British Airways among others.