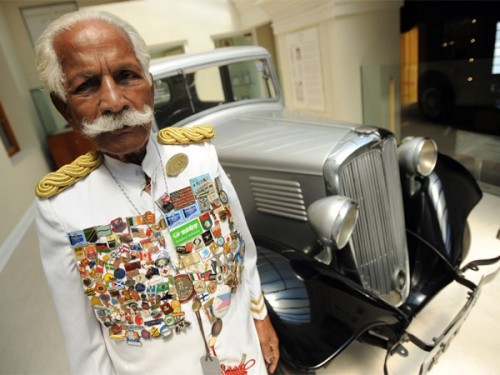 Kuttan left his village in Kerala when he was 17 years old and reached Sri Lanka in 1938 looking for a job. He joined the hotel as a bell boy-cum-waiter in 1942, where he continued to serve until his death, the Daily Mirror reported.

He has been part of the Galle Face Hotel’s culture from as far back as 1942.

Kuttan virtually becames the trade mark of the Sri Lanka’s hospitality industry as well as the Galle Face Hotel as his photograph has adorned the cover pages of many travel magazines all over the world.