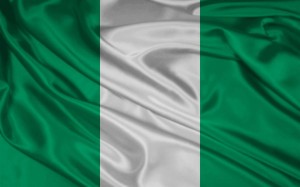 A Nigerian state governor has said he has information on the whereabouts of the 200 abducted schoolgirls, a media report said Monday.

Kashim Shettima, governor of the Nigerian state of Borno, said he has sighted the abducted girls, BBC reported.

Shettima has passed on the report of the sightings to the Nigerian military for verification.

Shettima added, “The girls have not been taken across the border of Cameroon or Chad.”

More than 200 girls of the Chibok community in Borno state in northeastern Nigeria were abducted April 14.

The Islamist militant group Boko Haram claimed responsibility for the mass kidnapping Monday and threatened to sell the girls.

French President Francois Hollande Sunday offered to hold a summit in Paris with Nigeria and its neighbours to tackle the issue.

Hollande said: “I suggested, with Nigerian President Goodluck Jonathan, a meeting of Nigeria’s neighbouring countries. If the countries agree, it should take place next Saturday”.

Countries neighbouring Nigeria – Cameroon, Chad, Niger – along with the US and the European Union (EU) are likely to attend the summit.

The US, Britain and France have also vowed to assist Nigeria in the rescue of the 200 abducted girls.

US First Lady Michelle Obama appeared Saturday on the White House weekly address to express her outrage against the abductions.

People around the world have showed their support for the girls by taking part in protests and joining online campaigns on social networking sites calling for their rescue.