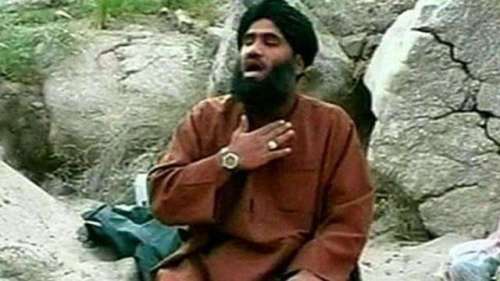 A son-in-law of Osama bin Laden was Tuesday sentenced to life in prison after being convicted on terrorism charges.

Abu Ghaith, who was extradited last year after being arrested on a flight between Turkey and Jordan, is the main Al Qaeda-linked figure to be tried in the United States since the Sep 11, 2001 terrorist attacks.

The fact that he was tried in a federal court and not in a military court in Guantanamo was interpreted as a change in White House policy regarding how to handle the trials of top Al Qaeda figures.

Abu Ghaith acknowledged that he was called on the night of Sep 11, 2001, to a cave in the mountains of Afghanistan where his father-in-law asked his opinion of the attacks.

The defendant testified that his response was that if the United States proved that the attacks were the work of Al Qaeda “they would not stop” until they had achieved two things: “killing Bin Laden and toppling the Taliban regime” in Afghanistan.

Abu Ghaith admitted that in the following weeks he participated in the recording of several videos, both with Bin Laden and with his Egyptian counterpart Ayman al-Zawahiri, who now leads Al Qaeda.

In one of those videos, he warned that a “storm of airplanes” would fall on US soil, but in his testimony he said that his participation on the videos was limited to reading from scripts written by his father-in-law.

When questioned by defense attorney Stanley Cohen, Abu Ghaith said that he was not in the loop regarding the plans of Al Qaeda and denied participating in preparing attacks against the United States.

In addition, he said that he never became a member of Al Qaeda, although he did acknowledge that, as an imam, he gave religions talks before Islamist fighters at their training camps in Afghanistan.