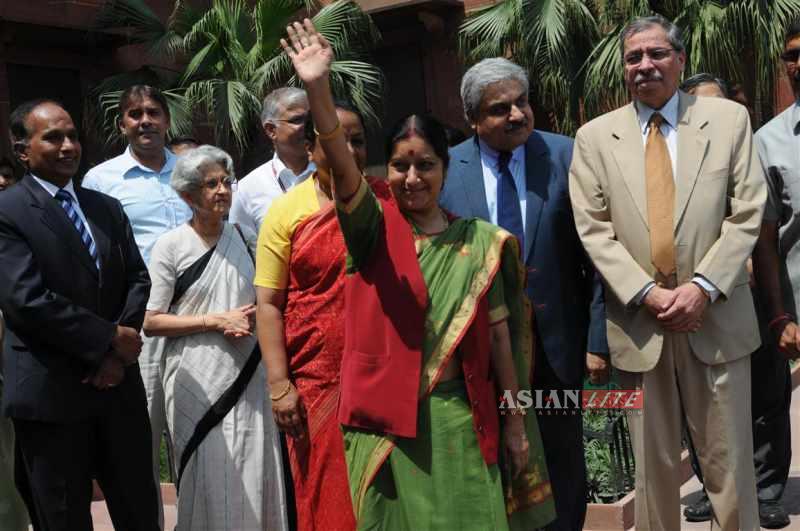 Kerry called up Sushma Swaraj late Wednesday night. It was the first congratulatory call that she received from one of her counterparts around the world.

“The US secretary congratulated the minister and the party (BJP) on its election victory,” Syed Akbaruddin, spokesperson, ministry of external affairs said.

Kerry spoke about the economic agenda of the new Indian government and said the US was keen to boost bilateral trade to $500 billion from the current around $100 billion.

Sushma thanked the US secretary of state and spoke about enhancing the Indo-US strategic partnership. She briefed him about the visit of the SAARC leaders to Prime Minister Narendra Modi’s swearing-in ceremony and the outcome of the meetings with the leaders, said the spokesperson.

She said they should meet and that dates would be worked out, he added.

Akbaruddin said there would be more congratulatory calls ahead in the day.

“Re-energising Relations! Sushma Swaraj and John Kerry discuss re-energising the strategic partnership in (their) first talk,” he said in a tweet.