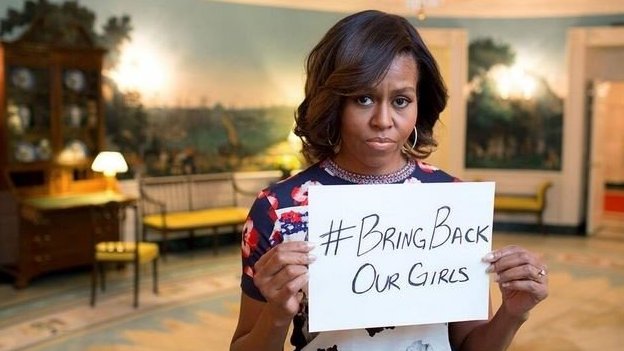 Michelle Obama has said the mass kidnap of Nigerian schoolgirls is part of a wider pattern of threats and intimidation facing girls around the world who pursue an education, BBC reported.