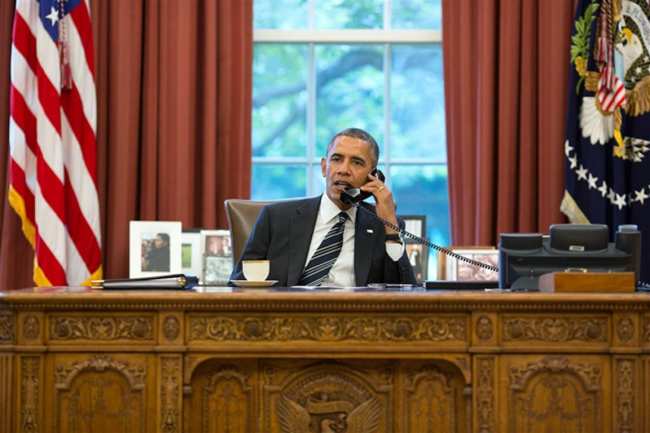 The US is looking forward to the first summit meeting between President Barack Obama and Prime Minister Narendra Modi to reset India-US ties that had gone adrift in the last days of the previous government.

In what analysts describe as a significant foreign policy move, Modi is reported to have accepted Obama’s invitation to visit Washington in September-end, leaving aside the perceived bitterness over revocation of his US visa in 2005.

The US was much behind its European partners in reaching out to Modi with its former US ambassador to New Delhi, Nancy Powell, making the first high level contact with the Bharatiya Janata Party’s prime ministerial candidate in only February.

But Modi led BJP’s “resounding” victory quickly ended Washington’s hesitation with Obama making a call to congratulate “candidate Modi” and invite him to the US. Secretary of State John Kerry was quick to “echo” the invitation.

“As President Obama and Secretary Kerry both said, we look forward to welcoming the prime minister to Washington,” State department spokesperson Marie Harf told reporters Thursday when asked to confirm if Modi was coming in September.

But “nothing to announce on timing at this point,” she said

Nor did Harf “have any more details” of what would be on the agenda of the Modi-Obama summit. “We said we look forward to welcoming him,” she simply repeated.

“We’re still putting together her schedule of meetings, and when it’s finalised we’ll share it with folks.”

Analysts have also appreciated Modi’s quick response to the Obama invitation as quite in line with his move to reach out to India’s South Asian neighbours with an invitation to his swearing-in.

Soon after the BJP victory, Modi himself had made clear his priorities saying that relations between two “natural allies” cannot be allowed to be “even remotely” influenced by incidents related to individuals.

But the media focus on the visa ban, analysts suggest was becoming a distraction from real issues ranging from perceived policy paralysis of the previous United Progressive Alliance (UPA) government to the damage done by the diplomatic spat over the Khobragade affair.

As Richard M. Rossow, Wadhwani chair in India-US Policy Studies at the Centre for Strategic and International Studies, a leading Washington think tank, noted “there has been a great deal of head scratching over” the “repercussions” of the visa issue.

However, “business engagement has been the cornerstone of cooperation for 20 years, and business leaders have maintained excellent ties with Modi,” he said and “The diaspora, too, strongly supported Modi’s rise to be the country’s leader.”

On the bilateral government engagement also, Rossow suggested restructuring of the 28 US-India dialogues to make them more focused.

“Having power in India consolidated in the prime minister’s office, as opposed to having ‘real power; reside with the party president, means that recommendations and activities- particularly those aligned with India’s own goals-will be taken more seriously,” he said.

Although it’s Washington’s turn to hold the annual India-US strategic dialogue, he suggested the two sides meet in New Delhi for the US officials to get acquainted with the new government as it gets down to business.

Warner also asked Obama to name a new ambassador to India who has enough stature and clout reflective of the importance he attaches to bilateral ties.