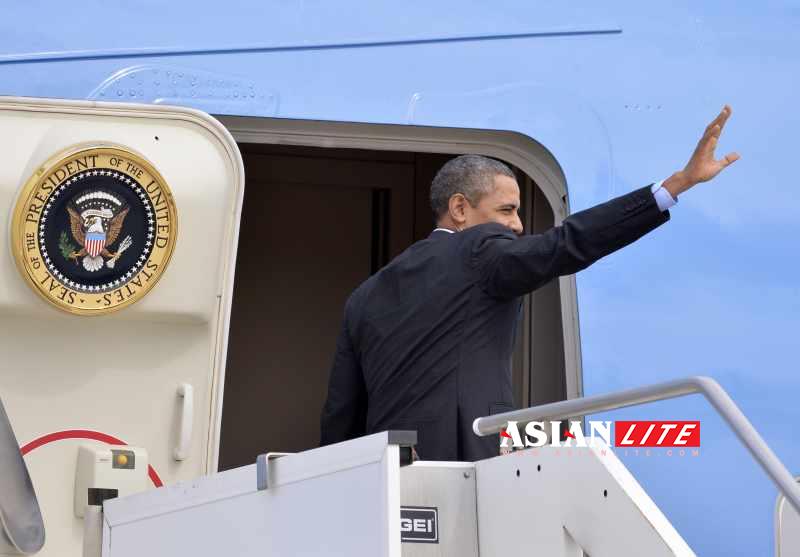 The US president arrived in the Bagram air base in north of Kabul, the main US base in Afghanistan, late Sunday,quoted an official source as saying on condition of anonymity.

The aim of his trip is reported to meet American soldiers on a memorial day weekend and he will also visit the injured soldiers who got wounded in Afghanistan conflicts.

The source said the US leader would stay for about five hours and that he will not make announcement on the number of Americans troops in Afghanistan after 2014.

More than 51,000 NATO-led troops, including 33,500 American forces, are currently stationed in Afghanistan. The majority of the foreign troops are set to leave the country by the year end.

Kabul and Washington failed to sign the controversial Bilateral Security Agreement (BSA) which would govern the presence of US troops in Afghanistan after 2014.

The Afghan grand assembly attended by 2,500 tribal elders and notables from across the country in November last year endorsed the BSA. However, Karzai said he would sign the pact only if the US agreed to support meaningful peace talks with the Taliban and stop searching civilian houses.

Washington urged outgoing Karzai to sign the BSA before the end of 2013, warning that failure to sign the pact would mean that US forces completely leave the country and Afghanistan risks renewed civil war.

The two presidential runoff candidates, Abdullah Abdullah and Ashraf Ghani Ahmadzai, have said they would sign the BSA if they win the election.