US President Barack Obama said Friday he will not send US troops back to Iraq to help fight Islamist militants. 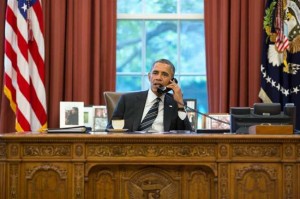 “We will not be sending US troops back into combat in Iraq,” Obama told reporters at the White House South Lawn, acknowledging “significant gains” made by the Islamic State, an offshoot of Al Qaeda also known as ISIL, in Iraq and Levant in the past few days.

He said he had asked his national security team to prepare “a range of other options” in support of Iraqi security forces, Xinhua reported.

“I’ll be reviewing those options in the days ahead,” he added.

The ISIL is trying to capture the capital city of Baghdad after seizing major cities in northern Iraq in recent days, including Mosul, the second largest, and Tikrit, the hometown of former Iraqi President Saddam Hussein.

Iraqi Prime Minister Nuri al-Maliki has reportedly asked for the US airstrikes against the extremists.