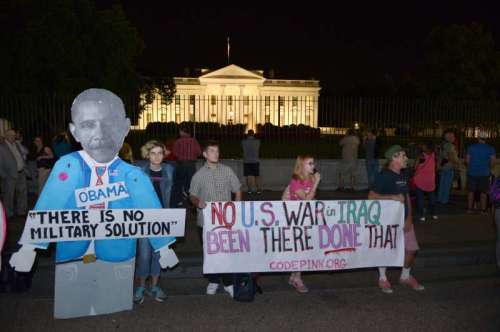 Syria has criticised the US-led coalition against the Islamic State (IS) militant group, accused it of lacking the “true will” necessary to confront terrorism in the region.

“The US’ move to form an alliance outside the framework of the UN Security Council to fight the IS does not reflect a true will to confront terrorism,” Speaker Jihad al-Laham said Sunday in a speech during an assembly session.

Al-Laham denounced the super powers for rejecting Damascus’ offer for joint cooperation on targeting IS positions with airstrikes on Syria, reported Xinhua.

Following the rapid advancements of the IS and other Islamist terror groups in Iraq and Syria, major world powers have rallied the international community to fight against the militants, saying they pose a threat not just to region but to Western interests.

The UN Security Council adopted a resolution recently authorising world powers to take action against those who support the IS and the Al Qaeda linked Nusra Front.

The resolution was quickly followed by a US appeal to form an international coalition.

Last week, US President Barack Obama authorised its air force to strike IS positions in Syria, similar to the airstrikes US war jets have been carrying out in Iraq.

But the strikes lack coordination with the Syrian government, a move that was deemed by Damascus as “an encroaching upon Syrian sovereignty”.