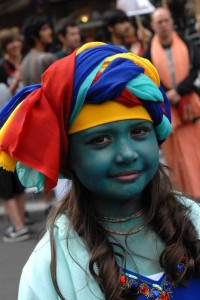 Gaffe-prone Biden got away by explaining that it wasn’t a racial slur but “was meant as a compliment” for the “vibrant Indian-American community” making “a significant contribution to the national economy as well.”A spin or not, Biden who went on become vice president in 2008, was speaking a home truth as according to the Asian-American Convenience Store Owners Association its 50,000 members own over 80,000 convenience stores.That’s more than half the US convenience store count of 151,282 as of Dec 31, 2013. These small retail businesses provide the public a convenient location to buy daily necessities (predominantly food and gasoline) and services. There is one convenience store for an average of every 2,100 residents all over the US with non-fuel sales of $205 billion, according to National Association of Convenience Stores.Then there are what have come to be known as Potels or motels owned by Patels from India’s Gujarat state in practically every single small town of America.The Asian American Hotel Owners Association (AAHOA) is currently headed by Pratik Patel. It claims its 12,500 members, largely Indian-American, own more than 20,000 properties making up more than 40 percent of all hotels in the US.They employ nearly 600,000 workers, accounting for over $9.4 billion in payroll annually.But this very ubiquitous presence of Indian-owned convenience store often makes them the target of attacks as it happened in Ferguson, a small pre-dominantly black town in Missouri which erupted into violent protests after a White policeman shot dead an unarmed black teenager on Aug 9. Now questions are being raised about whether Asians are easy victims of violence. The number of cases in which Asians are targeted by both the blacks and whites have created a sense of fear and questions of previlege.

Police released a controversial hazy surveillance video implying that the slain teen Michael Brown had robbed a Patel-run convenience store in the days or hours before the incident, but later acknowledged that the alleged robbery had nothing to do with the shooting incident.The Ferguson Market, where Brown allegedly grabbed a handful of cigars before his deadly encounter with police, looters twice targeted the store owned by a Patel family along with several other Asian-American owned stores, according to the Daily Beast.At least eight stores were looted in nearby Dellwood too with Pakistani American Mumtaz Lalani’s Dellwood Market among those ransacked and almost burnt down by dozens of looters, according to South Asian Times.Jay Kanzler, the Patels’ lawyer, told the Beast he believed that law enforcement authorities allowed the looting of Ferguson Market in part because it is a minority-owned small business.