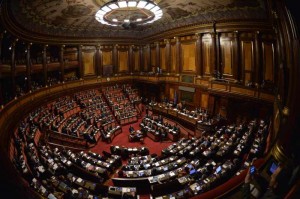 After shunning him for over a decade, US is warming up to Narendra Modi with a fresh invitation to visit Washington and recalling its envoy headed home four days before he becomes India’s new prime minister.

Normally an ambassador’s return would not be much of news, but analysts have linked Nancy Powell’s abrupt March announcement of retirement after only two years in the job to her perceived failure to read the writing on the wall.

Powell is apparently blamed for failing to contain the Khobragade affair and reaching out too late to Modi following his emergence on the national scene even as America’s European partners were making overtures to the Bharatiya Janata Party leader.

Declaring that the US was “deeply invested in our strategic relationship” with India, Kerry Tuesday said that Washington was ready to work closely with Modi “and the new government to promote shared prosperity and strengthen our security.”

Obama’s invitation to “candidate Modi” in a congratulatory call last Friday finally ended Washington’s boycott of the BJP leader, whose US visa was revoked in 2005 over his alleged role in the 2002 Gujarat riots.

Neither Kerry nor the State Department spokesperson Jen Psaki Tuesday made any reference to the visa flap that had threatened to derail what Obama has famously described as “one of the defining partnerships of the 21st century”.

Psaki announced matter-of-factly that Powell will depart New Delhi May 22nd “with a deep appreciation of the Administration and the State Department for her outstanding work as ambassador to India.”

“Under her guidance, we continued our strategic partnership across a number of important areas, such as trade, defence, space, and education,” Psaki said without offering an explanation why Powell could not wait until the formation of the Modi government.

Former US ambassador to South Korea Kathleen Stephens will step in to serve as the charge until a new permanent ambassador is nominated and confirmed by the Senate, she said.

“She will arrive in Delhi in early June and looks forward to working closely with the new Government of India on a range of issues,” Psaki said.

Meanwhile, in an editorial Tuesday the New York Times said “with the strongest mandate of any incoming government in India in 30 years,” Modi, has a historic opportunity to shape the country’s future.”

In the piece titled “Modi’s Obligation to Justice,” the influential US daily recalled “his troubling past, when he was associated with deadly riots in his home state of Gujarat that killed more than 1,000 people, most of them Muslims,”

“Modi needs now to offer a powerful balancing message by acting promptly to end the neglect of nearly 4,000 Muslim families displaced by the 2002 riots and now living in 86 settlements in Gujarat,” it said.

‘The new government should also demonstrate its commitment to a fair and effective judiciary,” the Times said as “ensuring impartial, speedy and certain justice for all of India’s citizens would do much to inspire confidence across the board.”