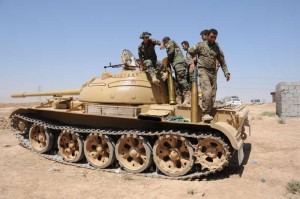 The beheading of two US journalists by militants of the Islamic State (IS) Sunni extremists organisation has caused an about-turn in the opinion of the American public that now largely supports the attacks on extremists in Iraq and Syria, according to a survey by The Washington Post and ABC News.

About 71 percent of the people are in favour of the airstrikes against the IS in northern Iraq that the US began a month ago compared to the 54 percent that supported the action three weeks ago and the 45 percent in June.

Moreover, 65 percent of the citizens now support a much more controversial action which Barack Obama’s government has so far refrained from doing: attacks against IS in Syria.

The favourable percentage represents more than double the support there was a year ago for attacks against the Syrian regime for its use of chemical weapons.

The disturbing images of the beheadings of James Foley and Steven Sotloff in recent weeks has not only shaken the world but also deepened Washington’s belief that the IS poses a serious threat to the US.

Nine out of 10 Americans share the belief, while six of 10 consider the Islamist group to be a very serious threat, according to the survey results.

Support for airlifting of weapons by the US to Kurdish forces battling the IS in northern Iraq also went up from 45 percent in August to 58 percent.

The survey came on the eve of an expected announcement by Obama on his strategy to fight the IS after he meets Congressional leaders Tuesday following accusations that his administration is being too cautious in its efforts against the militants.

Among those who consider that he has not acted decisively enough, 82 percent voiced their support for attacks against the IS while among those who believe that he has handled the situation well, 66 percent are in favour of the strikes.

The management of the Ukraine crisis produced better results for Obama although four out of every 10 Americans think that he has acted too cautiously in that conflict too.

The president has been severely criticised at two points of the Iraq crisis and Syria: when he said recently that he did not yet have a strategy to tackle the IS and on the occasion when he continued with his golf vacation after denouncing Foley’s death in a nationwide address.

Support for Obama’s foreign policy is at its lowest of his two terms: only 38 percent of the public approve of it while 56 percent disagree with it and 43 percent totally oppose the president’s foreign policy.

Obama’s approval ratings continue hovering near all-time lows at 42 percent even as 51 percent disapprove of his overall job as president, a percentage lower than that during the bumpy launch of the healthcare reform in autumn last year.

Although the US economy has improved last year, only 42 percent approve of his management of this sector and only 38 percent support his handling of the healthcare reform even months after its roll out.

Obama’s approval rating is crucial to the Democrats maintaining their control of the Senate in the November mid-term elections in which the Republicans are likely to retain the lead in the House of Representatives.