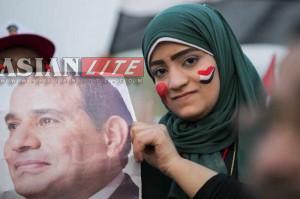 Mahlab took charge as the interim prime minister on Mar 1, 2014, following the resignation of Hazem El-Beblawi, a liberal economist who was appointed under a transition roadmap following the ouster of Islamist president Mohamed Morsi.

Mahlab is expected to remain in office, however, with a limited cabinet reshuffle and a restructuring of provincial governors.

Sisi, who led the ouster of Morsi July last year, won almost 97 percent of the votes in the last week’s presidential election.

He was sworn-in as president Sunday.