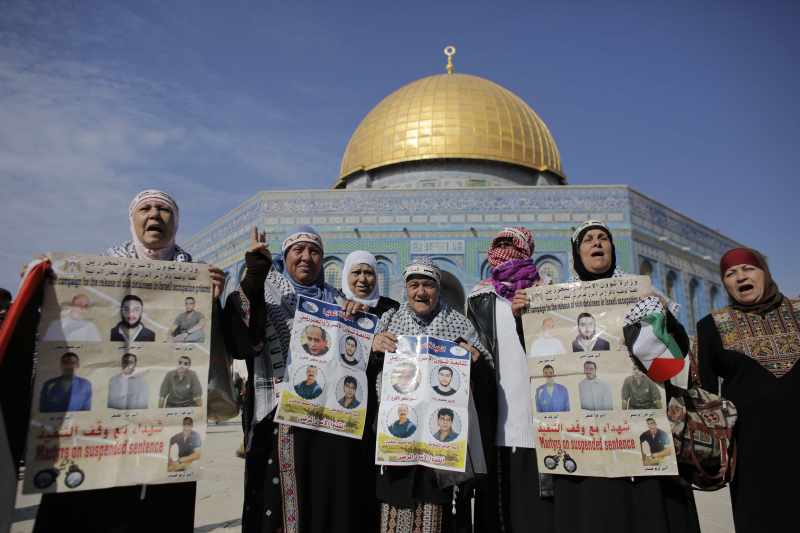 The health conditions of 150 Palestinian detainees, on hunger strike in Israeli jails protesting their detention, deteriorated Sunday as they continued their strike for the 25th day, a Palestinian official said.

“Their physical condition worsens every day. Some of them have already been transferred to hospitals,” Essa Qaraqie, Palestine’s minister of prisoners’ affairs, told Xinhua.

Despite their deteriorating conditions, the Israeli prison services do not show much care and neglect the detainees’ demands for freedom, he added.

Israeli rights group B’Tselem said the prison services took punitive measures against them such as placing some of them in isolation.

The minister pointed out that the Palestinian government has sent letters to the United Nations and the International Human Rights Council, urging them to intervene to put an end to Israel’s administrative detention policies.

He also said that he will meet with the representatives of the European countries to ask them to press Israel to avoid more deterioration of the detainees’ health conditions.

Israel has been largely criticised for its administrative detention policies that enable the country to keep Palestinians in prisons without trial using renewable six-month extensions.

On April 24, around 120 Palestinian detainees in Israeli jails went on a hunger strike to protest their indefinite administrative detention.

In all, 180 of around 5,000 Palestinian prisoners in Israeli jails are being held under administrative detention.